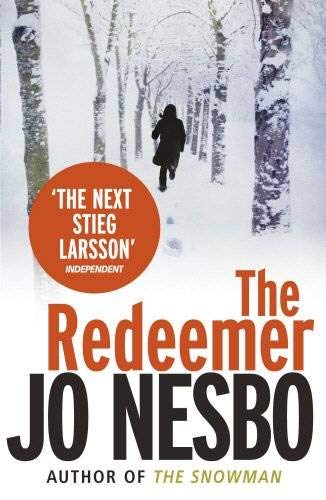 ON THE THIRD DAY HE ROSE AGAIN. TO KILL...

It is a freezing December night and Christmas shoppers have gathered to listen to a Salvation Army carol concert. Then a shot rings out and one of the singers falls to the floor, dead. Detective Harry Hole and his team are called in to investigate but have little to work with - there is no immediate suspect, no weapon and no motive.

But when the assassin discovers he's shot the wrong man, Harry finds his troubles have only just begun.

"THE NEXT STIEG LARSSON" (Independent)

"The Redeemer rocks! Jo Nesbo is my new favorite thriller writer and Harry Hole my new hero. This book had my pulse in the red zone from start to finish" (Michael Connelly)

"Nesbo is in a class of his own" (Evening Standard)

"Nesbo's fourth novel [and it] proves to be as brilliant as his other three...grimly realistic...an engrossing mystery" (The Scotsman)

Guaranteed to keep you on the edge of your seat, Nesbř's thriller sees Detective Harry Hole tracking a professional hit man bent on destruction.