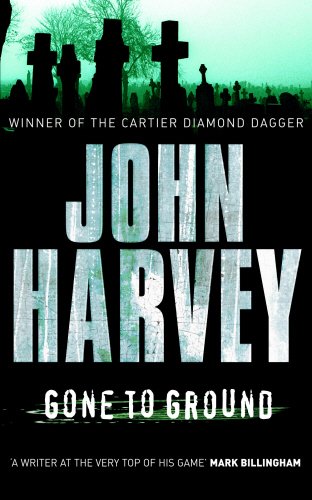 Will's first thought when he saw the man's face: it was like a glove that had been pulled inside out...

Stephen Bryan, a gay academic, is found brutally murdered in his bathroom. Will Grayson and Helen Walker, police detectives investigating the case, at first assume that his death is the result of an ill-judged sexual encounter: rough trade gone wrong.

But doubts are soon raised. Bryan's laptop has gone missing - could the murder be connected to a biography he was writing on the life and mysterious death of fifties screen legend, Stella Leonard?

Convinced there's a link, Bryan's sister Lesley sets out to prove that Bryan had uncovered a dangerous truth, and that - desperate to keep it hidden - Stella Leonard's rich and influential family have silenced him.

But soon both Lesley and Helen Walker find themselves victims of the violence that swirls around them, as gradually the investigation uncovers the secrets of a family corrupted by lust, wealth and power.

"Harvey is a master craftsman ... this is classic stuff." (Guardian)

"I know of no other crime writer who writes so well, has attracted such unanimously positive reviews, and been so respected by his fellow writers." (Marcel Berlins The Times)

The first Grayson & Walker novel, from the master of British crime writing.