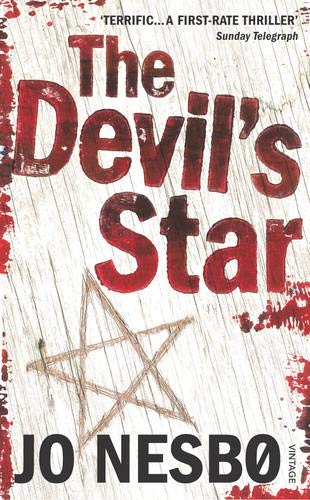 A young woman is murdered in her Oslo flat. One finger has been severed from her left hand, and behind her eyelid is secreted a tiny red diamond in the shape of a five-pointed star - a pentagram, the devil's star.

Detective Harry Hole is assigned to the case with his long-time adversary Tom Waaler and initially wants no part in it. But Harry is already on notice to quit the force and is left with little alternative but to drag himself out of his alcoholic stupor and get to work.

A wave of similar murders is on the horizon. An emerging pattern suggests that Oslo has a serial killer on its hands, and the five-pointed devil's star is key to solving the riddle.

"Compelling...Shocking and surprising...expertly paced...I place Nesbø high up in the Scandinavian mystery league" (The Times)

"A well-crafted rollercoaster of a book...Nesbø sets a cracking pace...A series of spectacular plot twists lead to a thrilling finale. Highly recommended" (Guardian)

Detective Harry Hole: an angry and off-the-rails detective who wants to play the game by his own rules