Items related to The Bull From The Sea

Renault, Mary The Bull From The Sea

The Bull From The Sea 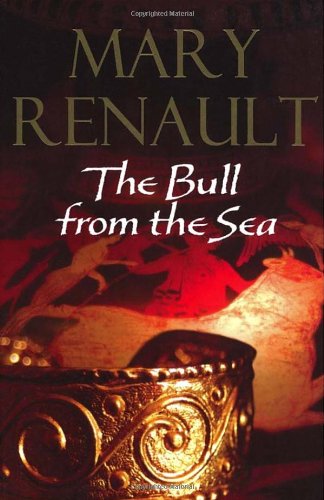 This second instalment in the story of the legendary hero begins with Theseus' triumphant return from Crete after slaying the Minotaur.

Having freed the city of Athens from the onerous tribute demanded by the ruler of Knossos - the sacrifice of noble youths and maidens to the appetite of the Labyrinth's monster - Theseus has returned home to find his father dead and himself the new king. But his adventures have only just begun: he still must confront the Amazons, capture their queen, Hippolyta, and face the tragic results of Phaedra's jealous rage.

Piecing together the fragments of myth and using her deep understanding of the cultures reflected in these legends, Mary Renault has constructed an enthralling narrative of a time when heroes battled monsters and gods strode the earth.

Bringing Greek mythology vividly to life, The King Must Die and its sequel, The Bull from the Sea, tell the amazing adventures of Theseus, famous for slaying the Minotaur, defeating the Amazons and rescuing Persephone from the underworld.

Bull from the Sea