Items related to Mindhunter: Inside the FBI's Elite Serial Crime... 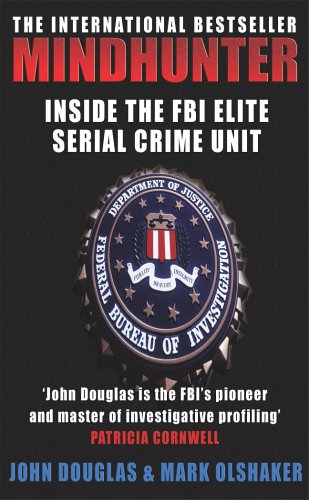 FBI Special Agent and expert in criminal profiling and behavioural science, John Douglas, is a man who has looked evil in the eye and made a vocation of understanding it. Now retired, Douglas can let us inside the FBI elite serial crime unit and into the disturbed minds of some of the most savage serial killers in the world.

The man who was the inspiration for Special Agent Jack Crawford in The Silence of the Lambs and who lent the film's makers his expertise explains how he invented and established the practice of criminal profiling; what it was like to submerge himself mentally in the world of serial killers to the point of 'becoming' both perpetrator and victim; and individual case histories including those of Jeffrey Dahmer, Charles Manson, Ted Bundy and the Atlanta child murders.

With the fierce page-turning power of a bestselling novel, yet terrifyingly true, Mindhunter is a true crime classic.

John Douglas knows more about serial killers than anybody in the world - Jonathan Demme, Director of The Silence of the Lambs

A cracker of a book - Esquire

"John Douglas knows more about serial killers than anybody in the world" (Jonathan Demme, Director of The Silence of the Lambs)

"A cracker of a book" (Esquire)

"John Douglas is the FBI's pioneer and master of investigative profiling, and one of the most exciting figures in law enforcement I've had the privilege of knowing" (Patricia Cornwell)

"Douglas is a hero for the agonised Nineties: not the action man quick on the draw, but the thinker who dares go into the unexplored badlands of the mind" (Nicci Gerrard The Observer)