Items related to The Sun Chemist 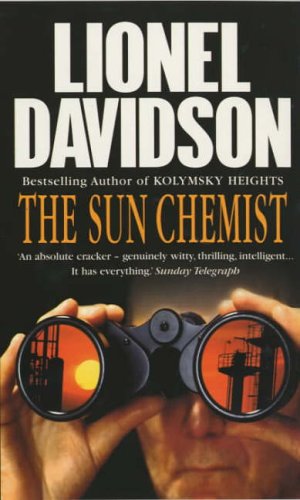 Back in the days when the world didn't care, Chaim Weizmann, one of the founders of modern Israel and its first president, discovered a way to make synthetic oil. Now everyone cares - because oil is running out. But Weizmann died without revealing his secret, and the task of recreating the priceless formula falls to Igor Druyanov. If Druyanov is anxious to track down Weizmann's discovery, there are others even more anxious to prevent him. For Druyanov's success could overturn the Middle East, and there are powerful men who will not allow that to happen...

'An absolute cracker - genuinely witty, thrilling, intelligent... It has everything.' Sunday Telegraph

Lionel Davidson is a three-times winner of The Gold Dagger Award (for The Night of Wenceslas, A Long Way to Shiloh and The Chelsea Murders). His thrillers and adventure novels, most recently Kolymsky Heights, have won him enormous international acclaim. He has travelled widely, spent some time in Israel, but now lives in North London.