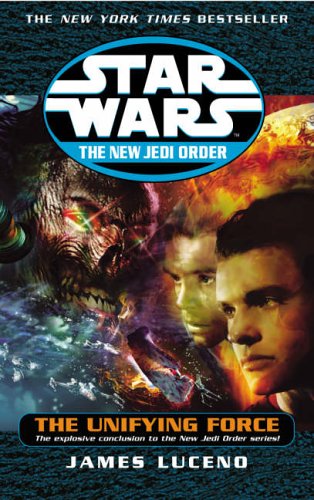 The explosive conclusion of THE NEW JEDI ORDER series sees the New Jedi Order and the newly formed Galactic Federation of Free Alliances coming together to vanquish at last the horrific Yuushan Vong invaders. The key to ending the war lies hidden in the past, and it is up to Luke Skywalker and his nephew Jacen Solo to unravel the mystery and figure out how to use it to bring the war to a peaceful and optimistic end.