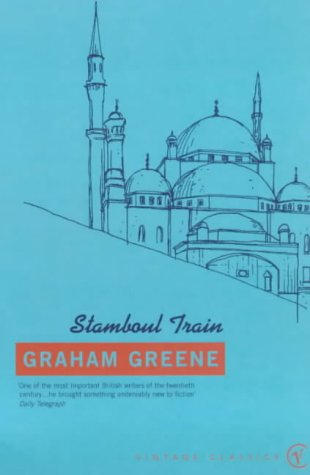 A gripping spy thriller that unfolds aboard the majestic Orient Express as it crosses Europe from Ostend to Constantinople. Weaving a web of subterfuge, murder and politics along the way, the novel focuses upon the disturbing relationship between Myatt, the pragmatic Jew, and naďve chorus girl Coral Musker as they engage in a desperate, angst-ridden pas-de-deux before a chilling turn of events spells an end to an unlikely interlude. Exploring the many shades of despair and hope, innocence and duplicity, the book offers a poignant testimony to Greene's extraordinary powers of insight into the human condition.

"A tour de force... The realist and the romantic struggle with each other... inducing a sense of breathlessness and urgency."--L.P. Hartley "Graham Greene had wit and grace and character and story and a transcendent universal compassion that places him for all time in the ranks of world literature."--John Le Carre

Stamboul Train is the second significant novel by Graham Greene.