Items related to The Fear Index 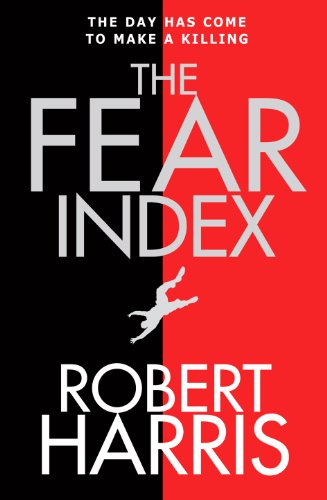 His name is carefully guarded from the general public but within the secretive inner circles of the ultra-rich Dr Alex Hoffmann is a legend - a visionary scientist whose computer software turns everything it touches into gold.

Together with his partner, an investment banker, Hoffmann has developed a revolutionary form of artificial intelligence that tracks human emotions, enabling it to predict movements in the financial markets with uncanny accuracy. His hedge fund, based in Geneva, makes billions.

But then in the early hours of the morning, while he lies asleep with his wife, a sinister intruder breaches the elaborate security of their lakeside house. So begins a waking nightmare of paranoia and violence as Hoffmann attempts, with increasing desperation, to discover who is trying to destroy him.

His quest forces him to confront the deepest questions of what it is to be human. By the time night falls over Geneva, the financial markets will be in turmoil and Hoffmann's world - and ours - transformed forever.

"As in Frankenstein, an over-reaching scientist finds himself desperately battling to destroy what he's created. Depicting all this with sardonic relish, Harris switches the high-tension techniques that give his thrillers their heart-pounding suspense into black comic mode... The Fear Index is both cutting edge and keenly conscious of its literary predecessors... a tour-de-force."--The Sunday Times

"Like all Harris' books, this one is readily enjoyable as a suspense story... But what makes Harris' thrillers so much more rewarding than those of his rivals is that they all... come out of his deep and expert interest in politics, broadly conceived--which is to say, in power, in how power is taken, held and lost; how some people are able to dominate others; how wealth and status, fear and greed, work... The Fear Index... is ultimately a study in the total lack of morality of those who manipulate the markets . . . in its own carefully conceived terms, The Fear Index is certainly another winner."--Evening Standard

"Harris is a master of pace and entertainment, and The Fear Index is a thoroughly enjoyable book... Read the book. If I die tomorrow, blame the computer."--The Observer

"A fine dystopian parable, especially impressive for the fact that instead of giving up on what really goes on in most banks and hedge funds and making them a mere back drop for money-laundering and ancillary skulduggery, as many thriller-writers have done, his heart of darkness is the thing itself. The drama contains, as he notes in the acknowledgments, 'Gothic flights of fantasy'--the story reminiscent of everyone from Michael Crichton to Ian Fleming, Stanley Kubrick and Alfred Hitchcock. Yet there is an uncomfortable core of reality there... Quite a few Financial Times readers will, I suspect, not only savour The Fear Index, but wince with recognition."--Financial Times

"The Fear Index is an escapist thriller to rank with the best of them, and as a guide to what hedge funds actually do, it is surprisingly clear and instructive."--The Economist

"For many of us, share prices are strings of dry, indecipherable figures ticking across hi-tech screens. But when stock markets tank, how quickly we become infected with the moist primal of emotions: sick confusion, clammy dread, coldest fear. Expertly mining this deep unease, Robert Harris’ thriller presents a fictional nightmare that feels like a wake-up call... The novel has a sophistication that lifts beyond banker-bashing. Harris takes aim at a corrupted system from a moral and intellectual height that practically induces vertigo."--Sunday Telegraph

"Robert Harris’ new novel The Fear Index races along as a thriller of high finance set during a single day: that of the Flash Crash. I have to obey spoiler-alert protocols at this point, because it is very hard to summarise what Harris so grippingly achieves through this material without letting some cats (Schrödinger’s, perhaps?) out of the bag. So, if you prefer, look away now and read the book. You will do so very rapidly."--Independent

"The Fear Index could scarcely be more of the moment."--The Times

The gripping new race-against-time financial thriller, from the award-winning master of the literary thriller genre: Robert Harris. Shortlisted for the Ian Fleming Steel Dagger for best thriller of the year at the 2012 Specsavers Crime Thriller Awards.