Items related to The "Mummy": Novelisation 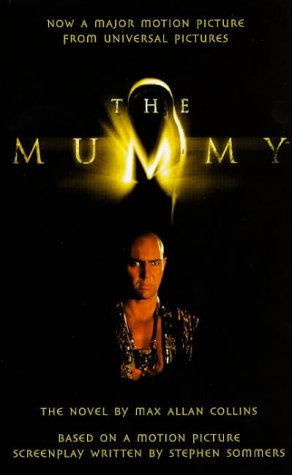 "The Mummy" (1999) is an adventure remake of the 1932 Boris Karloff film. The film goes back to ancient Egypt, where High Priest Imhotep is embalmed alive for his affair with the Pharaoh's mistress. The action then moves to 1920's and a group of archaeologists. This is the novelization of the film.

Book Description Paperback. Condition: Good. The book has been read but remains in clean condition. All pages are intact and the cover is intact. Some minor wear to the spine. Seller Inventory # GOR000863816

Book Description Paperback. Condition: Very Good. The book has been read, but is in excellent condition. Pages are intact and not marred by notes or highlighting. The spine remains undamaged. Seller Inventory # GOR002534624

Book Description Ebury Press, 1999. Paperback. Condition: GOOD. Has little wear to the cover and pages. Contains some markings such as highlighting and writing. Seller Inventory # 0091868297_abe_gd