Items related to Hide-and-Seek With AngelsThe Life of J.M. Barrie 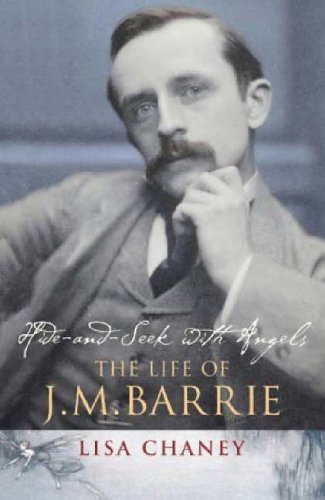 When James Matthew Barrie died, in 1937, his funeral was an occasion for national mourning. Crowds gathered; reporters and newsreel men came to record the day, and many well-known figures followed the coffin to its resting place in the little churchyard up on the hill. In London, a month later at St Pauls Cathedral a memorial service was held for the Scottish weavers son who died Britains playwright extraordinaire. A succession of novels and long-running plays had brought Barrie enormous wealth, critical acclaim, an hereditary Baronetcy and the Order of Merit. His public following extended to Hollywood where his work was performed by the stars of the silver screen. Unhappily such achievements did little to ameliorate the strains in Barries private life. Hampered by a stigmatising divorce, he was also struck by a series of tragic bereavements from which he never fully recovered. At the same time as savouring his public image, Barrie gave no more than a handful of interviews. During his lifetime this inscrutable, enigmatic man succeeded in his desire to remain only partially known. Barrie was already famous for sophisticated political satires and social comedies when, with the creation of Peter Pan, his immense artistic gift was displayed at its extraordinary best. In the play, where All children except one grow up, Barrie had touched on a universal nerve, the problem of growing up. With Peter Pan he created one of the greatest twentieth-century myths and a work of art quite unlike anything that had gone before. It became a part of the common culture of the Western world, and is as relevant today as on that first performance one hundred years ago.

"I have been longing for a book to get to grips with Barrie's unquiet genius, and this is it. Hide-and-Seek with Angels has the richness, sympathy and depth of a great novel... Splendidly lucid. The archetypal Lost Boy has been found at long last" (Roger Lewis Sunday Express)

"[A] wonderful new biography... [Chaney] places Barrie very much in his time, and is always good on his relations with other writers, and with the contemporary world of journalism and theatre... This excellent biography... Fascinating insights and answers" (A.N. Wilson Evening Standard)

"Lisa Chaney, in her excellent new biography, gives Barrie credit for an intelligence and subtlety others have not noticed. He was a phenomenon, and lived a phenomenal life, coming from an impoverished Scottish home to become world-famous, hugely rich and uninhibitedly productive... Chaney is very good on Barrie's writing in general" (A.S. Byatt New Statesman)

"Absorbing... Chaney achieves two essential aims of such a biography - throwing intelligent... light on Barrie's complex character and demonstrating its effect on his output... She comes into her own when describing his dealings with his wilful mother... She makes a powerful plea for the imaginative writer over the psychologist as 'the natural historian of love'. In the process, she forces us to take Peter Pan seriously" (Sunday Times)

A fascinating and brilliantly revealing biography of the man who created Peter Pan.

1. Hide-and-seek with Angels: The Life of J.M. Barrie