Items related to My Story 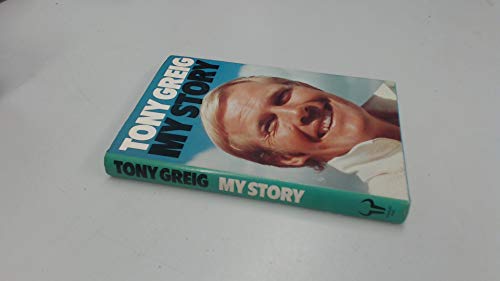 Book Description (London: Stanley Paul, 1980) 0091333709, 1980. 8vo; original blue boards; laminated pictorial dustwrapper; pp. 188; plates. Very good condition. "As captain of England, Tony Greig received widespread acclaim for his dynamic leadership. Intelligent and articulate, he brought to Test cricket an excitement that had been lacking for some time. Subsequently engulfed in controversy, he finally tells the whole story of his decision to back Packer - a decision that split the cricketing world in two, and persuaded him to leave England and start a new life in Australia. The consequences of his decision to support World Series Cricket, he argues, have been favourable to both players and spectators - amongst other things the development of night cricket and promotion on a grand scale have introduced a whole new generation of cricket lovers and increased players' incomes. Writing with characteristic frankness of his childhood in South Africa and the early years of his career, he tells how he triumphed over a life-long affliction to win the coveted captaincy of England. Tony Greig's remarkable story will be welcomed by all cricket enthusiasts and by anyone interested in the processes by which a man of talent and ambition becomes a superstar.". Seller Inventory # 5120

Book Description Hardback. Condition: Good. The book has been read but remains in clean condition. All pages are intact and the cover is intact. Some minor wear to the spine. Seller Inventory # GOR001576072

Book Description Hardback. Condition: Very Good. The book has been read, but is in excellent condition. Pages are intact and not marred by notes or highlighting. The spine remains undamaged. Seller Inventory # GOR001419742

Book Description Hardback. Condition: Fair. A readable copy of the book which may include some defects such as highlighting and notes. Cover and pages may be creased and show discolouration. Seller Inventory # GOR003217095

Book Description Hutchinson, 1980. Hardcover. Condition: Very Good. Very Good: a copy that has been read, but is in excellent condition. Pages are intact and not marred by notes or highlighting. The spine remains undamaged. Most items will be dispatched the same or the next working day. Seller Inventory # wbb0014825019