Items related to Interpretation of Cultures 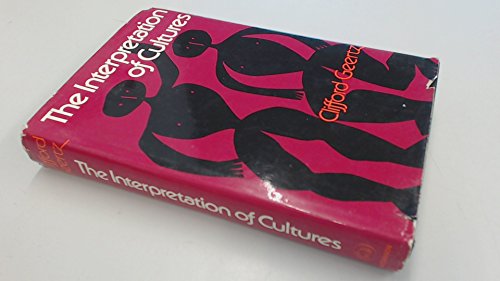 Hailed by the Times Literary Supplement as one of the hundred most influential books published since World War II
In The Interpretation of Cultures, the most original anthropologist of his generation moved far beyond the traditional confines of his discipline to develop an important new concept of culture. This groundbreaking book, winner of the 1974 Sorokin Award of the American Sociological Association, helped define for an entire generation of anthropologists what their field is ultimately about.

"The eminent cultural anthropologist.... Mr. Geertz was considered a founder of interpretive, or symbolic, anthropology. But his influence extended far beyond anthropology to many of the social sciences, and his writing had a literary flair that distinguished him from most theorists and ethnographers."--Andrew Yarrow, New York Times

"Clifford Geertz [was] an anthropologist whose imaginative studies of cultural groups from other countries changed the intellectual underpinnings of anthropology and other social sciences.... Dr. Geertz brought a distinctly literary sensibility to the study of anthropology with his sophisticated prose and vivid descriptions of social customs abroad.... Dr. Geertz's ornate, allusive accounts of other cultures came to define a new field of study called ethnography."--Washington Post

"Clifford Geertz is one of those rare scholars: the thinking person's liberal, who spurns easy banalities."--Lionel Shriver, Guardian (UK)

"Clifford Geertz was the foremost anthropologist of the past 40 years and perhaps the first of his trade to become world-famous.... His copious works first supplemented, then superseded the mighty labours of the founding fathers of the discipline."--Independent (UK)

"Clifford Geertz [was] arguably the best-known and most influential American anthropologist of the past several decades."--Richard Schweder, Common Knowledge

"One of the most articulate cultural anthropologists of this generation. Geertz has consistently attempted to clarify the meaning of 'culture' and to relate that concept to the actual behavior of individuals and groups."--Elizabeth Colson, Contemporary Sociology