Items related to The Book of Lost Tales, Part 2.

The Book of Lost Tales, Part 2. 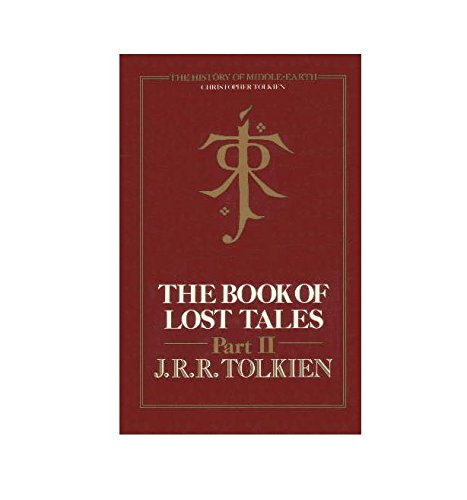 ‘Christopher Tolkien shows himself to be his father’s son... Tolkien devotees will rejoice’ The New York Times Book Review

‘In these Lost Tales we have the scholar joyously gambolling in the thicket of his imagination... a Commentary and Notes greatly enrich the quest’ Daily Telegraph

‘The Tales will be appreciated by those who have read The Silmarillion andwish to examine how Tolkien improved his story and style from their original form, and how weventually The Lord of the Rings came to stand independently with only a few hints from the early mythology’ British Book News

'The Book of Lost Tales' stands at the beginning of the entire conception of Middle-earth and Valinor for the 'Tales' were the first form of the myths and legends that came to be called 'The Silmarillion'. Embedded in English legend and English association, they are set in the narrative frame of a great westward voyage over the Ocean by a mariner named Eriol (or Aelfwine) to Tol Eressëa, the Lonely Isle, where Elves dwelt; from them he learned their true history, the 'Lost Tales of Elfinesse'. In the 'Tales' are found the earliest accounts and original ideas of Gods and Elves, Dwarves, Balrogs and Orcs; of the Silmarils and the Two Trees of Valinor; of Nargothrond and Gondolin; of the geography and cosmology of the invented world.

"In these 'Lost Tales' we have the scholar joyously gambolling in the thickets of his imagination...a Commentary and Notes greatly enrich the quest."
THE DAILY TELEGRAPH

"affords us an almost over the shoulder view into the evolving creative process and genius of J.R.R. Tolkien in a new, exciting aspect...the superb, sensitive and extremely helpful commentary and editing done by Christopher Tolkien makes all this possible."
MYTHLORE