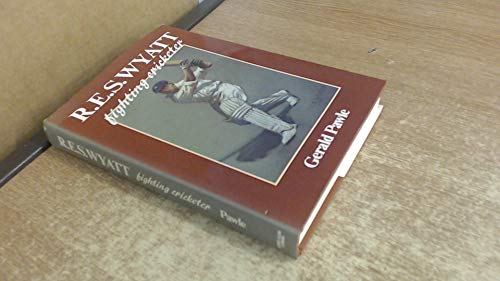 Book Description Hardback. Condition: Good. The book has been read but remains in clean condition. All pages are intact and the cover is intact. Some minor wear to the spine. Seller Inventory # GOR002837929

Book Description Allen & Unwin, Australia, Sydney, 1985. Paperback. Condition: Very Good. The book has been read, but is in excellent condition. Pages are intact and not marred by notes or highlighting. The spine remains undamaged. Seller Inventory # GOR004987232

Book Description George Allen & Unwin, 1985. Hardcover. Condition: Very Good. WE ARE PROCESSING ORDERS AS NORMAL DURING THIS VIRUS EPIDEMIC, ALL ITEMS ARE SENT BY ROYAL MAIL. DISPATCHED FROM THE UK WITHIN 24 HOURS ( BOOKS ORDERED OVER THE WEEKEND DISPATCHED ON MONDAY) BY ROYAL MAIL. ALL OVERSEAS ORDERS SENT BY AIR MAIL. WE ALSO ACCEPT PAYMENT IN US DOLLARS OR EURO BY BANK TRANSFER. Seller Inventory # mon0000728060

Book Description George Allen & Unwin, London, 1985. Hard Cover. Condition: Very Good. Dust Jacket Condition: Very Good. Photographs (illustrator). First Edition. Dust jacket price clipped. Brown cloth boards with gilt titling on spine. No ownership marks. 278 pages clean and tight. R. E. S. (Bob) Wyatt played in 40 Test Matches - a remarkable number in the days when there were far fewer Tests than there are today. In nearly half of them he was England's captain. In a first class career spanning some thirty years he scored nearly 40,000 runs and took over 900 wickets. On his Test debut in this country he and Frank Woolley set up a record by scoring 245 runs for the third wicket. Earlier he and Sutcliffe had set up another record, in Australia, by putting on 170 for the sixth England wicket. Five times he made over 2,00() runs in a season, eighteen times he scored over 1,000. When he retired he had made S5 centuries, which was more than any amateur in history apart from W. G. Grace. In addition to his achievements as batsman and howler he became a legendary name for his courage in facing intimidatory fast bowling; he was seriously injured at least a dozen times. Towards the end of his playing career he became Chairman of the Test Selection Committee - a highly suitable choice because he has long been regarded as an outstanding judge of players and as perhaps the most far-sighted and analytical thinker on cricket technique, tactics and stratery. Bob Wyatt was never a showman, and for this reason the extent of his achievements has often been overlooked. To write this thoroughly researched and absorbing biography Gerald Pawle has travelled extensively to interview Wyatt's contemporaries and he has been able to reveal a number of fascinating aspects of Jardine's bodyline tour (on which Wyatt was vice-captain) which have not, hitherto, been made public. But, the hook is more than just an assessment of a fine cricketer. It catalogues the social pressures and relates the county scene at Warwickshire and, later. Worcestershire of which Wyatt was much an integral part. Size: 8vo. Seller Inventory # 114087

Book Description George Allen and Unwin, 1985. Hardcover. Condition: Good. Inscribed by the author. Light wear to boards with a lean. Content is clean with light toning and foxing. Good DJ with some fading. Seller Inventory # 9999-9996335223

Book Description Allen & Unwin First VG/VG slight edgewear price clipped 278pp 54 b/w illustrations 9 5 x 6 5 780g, 1985. This book is more than just an assessment of a fine cricketer. It catalogues the social pressures and relates to the county scene at Warwickshire and, later, Worcestershire of which Wyatt was much an integral part. Seller Inventory # 1460