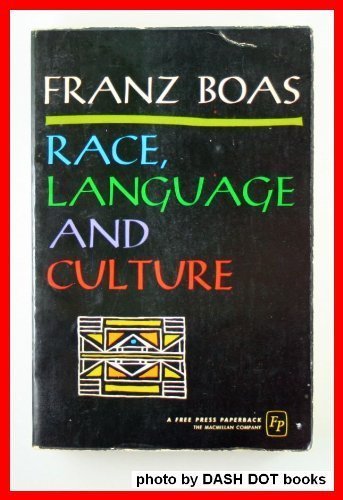 This volume is a collection of the most important essays written by Franz Boas on the science of anthropology. "Franz Boas is the father of American anthropology and one of the founders of the field of modern anthropology. The book, Race, Language, and Culture, is a collection of some of his most important essays" David Schneider, University of Chicago "An exceptional book. Exceptional because it brings into one volume sixty-two papers written by the most influential figure in American anthropology. . . . Exceptional in that it exhibits the wide range of interests and scientific exactness which made it possible for one man to exert such a profound influence on the growing science of anthropology. . . . This is a volume every student of anthropology will wish to possess; it will also have a wide distribution among other students of the social sciences, and all interested in the problems of race" Fay-Cooper Cole, American Anthropologist

This volume is a collection of the most important essays written by Franz Boas on the science of anthropology.