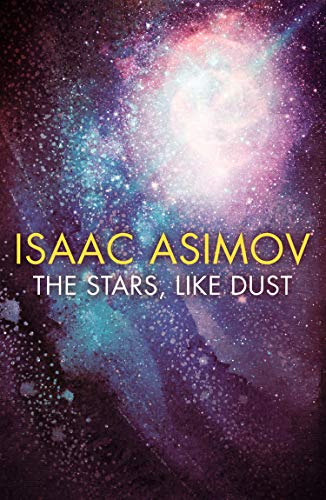 Mankind has conquered space and moved toward the starry heart of the galaxy. Earth is a planet of no importance, riddled with radioactivity by long-forgotten wars.

When assassins target his rooms and news arrives that, many light-years away, his father has been murdered, student Biron Farrill flees for his life.

Stunned, grief-stricken, and outraged, Biron is determined to uncover the reasons behind his father's death, and finds himself entangled in a web of deep-space rebellion, espionage, and political intrigue.

Asimov’s Galactic Empire novels are among the earliest stories by one of the twentieth century’s greatest visionaries. Filled with ideas and wonders, they are classic adventures from science fiction’s Golden Age.

Isaac Asimov was born in 1920 in Russia and was brought to the USA by his parents three years later. He grew up in Brooklyn and attended Columbia University. After a short spell in the army, he gained a doctorate and worked in academia and chemical research.

Asimov’s career as a science fiction writer began in 1939 with the short story ‘Marooned Off Vesta’. Thereafter he became a regular contributor to the leading SF magazines of the day. Asimov wrote hundreds of short stories and novels, including the iconic I, Robot and Foundation. He won the Hugo Award four times and the Nebula Award once.

Apart from his world-famous science fiction, Asimov also wrote highly successful detective mystery stories, a four-volume History of North America, a two-volume Guide to the Bible, a biographical dictionary, encyclopaedias, and textbooks, as well as two volumes of autobiography.