Items related to The Beast of Buckingham Palace: The epic new children’... 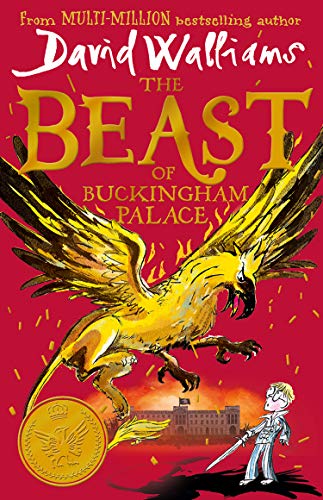 Fly into a fiery and fantastical future with No. 1 bestselling author David Walliams, in an epic adventure of myth and legend, good and evil, and one small boy who must save the world...

The young Prince Alfred has never known a life outside Buckingham Palace – but when strange goings-on breach its walls and stalk the corridors in the dead of night, he is thrust into a world of mystery, adventure and monsters.

And when his mother, the Queen, is dragged away to the Tower of London, Alfred must screw up his courage and battle to save her, himself... and the entire city.

In a future of myths and legends, join the bestselling David Walliams and venture forth into his most enthralling tale yet!

“Another triumph for David Walliams. His books are a breath of wonderful fresh air” – The Sun

1. The Beast of Buckingham Palace (Hardback)

Book Description Hardback. Condition: New. Tony Ross (illustrator). Language: English. Brand new Book. Destined to be the most wanted book this Christmas, Walliams weaves a richly imaginative fantasy adventure that is vividly brought to life with Tony Ross s stunning illustrations. The year is 2120. London is in ruins, the people are hungry and darkness has fallen across the world. Prince Alfred, a sickly boy of twelve, has never known life outside Buckingham Palace. But evil forces are at work, and soon Alfred must do battle with the King of the Beasts the Griffin Walliams s legions of fans will be enthralled by this page-turning tale of myth, magic and the most Machiavellian of villains. Seller Inventory # BTY9780008262174

2. The Beast of Buckingham Palace