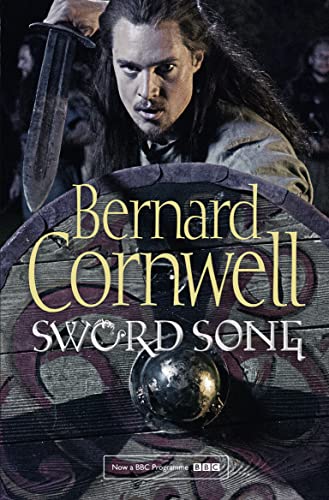 The fourth book in the epic and bestselling series that has gripped millions.

A hero will be forged from this broken land.

As seen on Netflix and BBC around the world.

It is 885. England is at peace; the Danes rule the north and King Alfred holds the south. But trouble stirs when a band of Vikings invade London. Uhtred of Bebbanburg, Alfred’s greatest warrior, must lead his men to attack the Viking raiders in the south. But his allegiance to the King will be tested in perhaps the most threatening way yet.

Praise for The Lords of the North:

‘Beautifully crafted story-telling, complete with splendid set-piece battles and relentless derring-do, so gripping that it rarely stops to catch a breath. It demonstrates once again Cornwell’s enormous skill as a historical narrator. He would have graced Alfred’s court entertaining the guests with his stories’ Daily Mail

‘Cornwell takes the spectres of ninth century history and puts flesh back on their bones. Here is Alfred's world restored – impeccably researched and illuminated with the colour and passion of a master storyteller’
Justin Pollard, author of ‘Alfred the Great’

'Bernard Cornwell is a literary miracle. Year after year, hail, rain, snow, war and political upheavals fail to prevent him from producing the most entertaining and readable historical novels of his generation' Daily Mail

'Cornwell's narration is quite masterly and supremely well-researched' Observer

The year is 885, and England is at peace, divided between the Danish kingdom to the north and the Saxon kingdom of Wessex in the south. Uhtred, the dispossessed son of a Northumbrian lord--warrior by instinct, Viking by nature--has finally settled down. He has land, a wife and two children, and a duty given to him by King Alfred to hold the frontier on the Thames. But then trouble stirs: a dead man has risen, and new Vikings have arrived to occupy the decayed Roman city of London. Their dream is to conquer Wessex, and to do it they need Uhtred's help.

Alfred has other ideas. He wants Uhtred to expel the Viking raiders from London. Uhtred must weigh his oath to the king against the dangerous turning tide of shifting allegiances and deadly power struggles. It is Uhtred--half Saxon, half Dane--whose uncertain loyalties must now decide England's future.

Book Description 2017. Paperback. Condition: New. Paperback. The fourth book in the epic and bestselling series that has gripped millions.A hero will be forged from this broken land.As seen on Netflix and BBC around the world. It is 885. England is.Shipping may be from multiple locations in the US or from the UK, depending on stock availability. 384 pages. 0.278. Seller Inventory # 9780008146542

Book Description 2017. Paperback. Condition: New. Paperback. The fourth book in the epic and bestselling series that has gripped millions.A hero will be forged from this broken land.As seen on Netflix and BBC around the world. It is 88.Shipping may be from our Sydney, NSW warehouse or from our UK or US warehouse, depending on stock availability. 384 pages. 0.278. Seller Inventory # 9780008146542