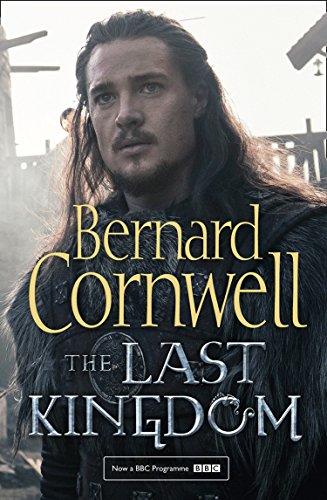 The first book in the epic and bestselling series that has gripped millions.

A hero will be forged from this broken land.

As seen on Netflix and BBC around the world.

In a land torn apart by conflict, an orphan boy has come of age. Raised by the Vikings, deadly enemies of his own Saxon people, Uhtred is a fierce and skilled warrior who kneels to no-one.

Alfred – Saxon, king, man of god – fights to hold the throne of the only land still resisting the pagan northerners.

Uhtred and Alfred’s fates are tangled, soaked in blood and blackened by the flames of war. Together they will change history.

Does the fact that the The Last Kingdom inaugurates yet another series from Bernard Cornwell fill you with anticipation--or trepidation? His immensely popular Sharpe novels are, of course, the bedrock of the author’s popularity. But when readers learned that he was to abandon the redoubtable Sharpe for a Grail Quest series, there were those who invoked the ‘if isn’t broke, why fix it?’ rule. However, when Cornwell proved himself equally adept at conjuring a world of knights and savage combat, his Grail Quest series (the first book of which was Harlequin) soon established itself as another Cornwell winner.

And here’s yet another series from the protean writer. Do we really need it? Yes, we do--it’s a safe bet that The Last Kingdom will prove that the author is seemingly capable of beginning an endless run of new novel sequences. As well as the impeccably plotted narrative, Cornwell has other fish to fry here: nothing less than a totally fresh look at a historical figure we think we know: Alfred the Great. Cornwell’s protagonist is Uhtred, caught in the conflict between the Danes and the English in the ninth century. He is born into the English aristocracy, but loses his parents at the age of ten and is raised in Viking fashion by a Dane. When massacres reign down on both sides, Uhtred is torn between his loyalties--and when his family disappears, a reckoning with a Viking chieftain is in the offing.

Behind all this is the King, Alfred: complex, conflicted, and by no means the figure that the conventional history books render him. All of the customary Cornwell virtues are fully on display here.--Barry Forshaw

‘Nobody in the world does this better’ LEE CHILD

'Cornwell is a virtuoso of historical fiction' Sunday Telegraph