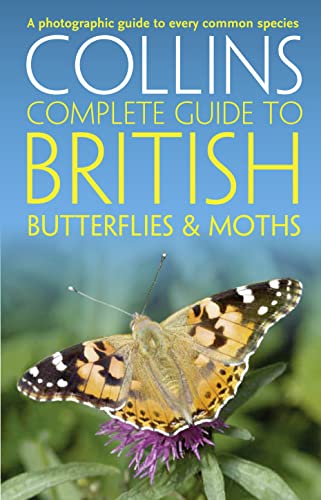 A comprehensive and fully illustrated guide, this book is the definitive photographic reference guide for anyone interested in butterflies and moths found in Britain and Ireland.

‘Whether you are a keen amateur or someone with a passing interest, this book will satisfy your needs.’
The Sea

‘A bookshelf essential’
The Field

Paul Sterry has written and illustrated more than 50 books, including the bestselling Collins Complete Guide to British Wildlife (which has sold over half a million copies) and Collins Complete Guide to British Birds. Trained as a zoologist, Paul has been a wildlife photographer for over 30 years and owns the photo library Nature Photographers. He has worked as a Research Fellow at Sussex University studying freshwater ecology and regularly undertakes research expeditions. He is a keen birder and conservationist.