Items related to The Witch of Portobello

Paulo Coelho The Witch of Portobello 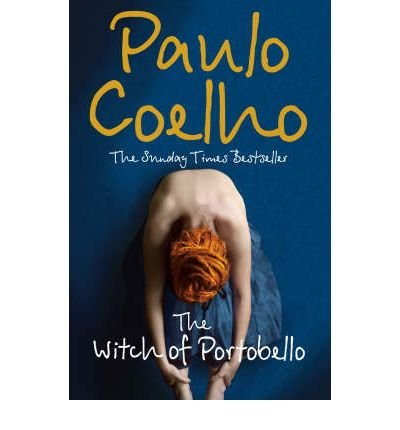 The study of a woman born in Romania raised in Beirut and living in London.How did she find the courage to be true to herself when she was unsure of who she was ?

Praise for Paulo Coelho: 'An exceptional writer.' USA Today 'His books have had a life-enhancing impact on millions of people.' Times 'One of the few to deserve the term "Publishing Phenomenon".' Independent on Sunday 'Coelho's writing is beautifully poetic but his message is what counts!he gives me hope and puts a smile on my face.' Daily Express '"The Alchemist" is a beautiful book about magic, dreams and the treasures we seek elsewhere and then find on our doorstep.' Madonna 'It's like music, really, the way he writes, it's so beautiful. It's a gift that I envy above all others.' Julia Roberts

Paulo Coelho answers questions on The Witch of Portobello

How would you sum up the central theme of your latest novel The Witch of
Portobello?
It's difficult to sum up a book, but I would say that it revolves around
the awakening of the female energy in both men and women.

Which is the difference between feminine energy and masculine energy?
Both energies are necessary; we need to be compassionate and implacable.
Christ consecrated these two: the energy of bread, that is solid, and the
energy of wine, that adapts itself. Sometimes is it not the sword that
brakes the stone but the patience of water.

Is there something new in this novel that you haven't done before?
The style is different: it is made of testimonies from people that got to
know the main character, Athena. Also, it's the first time that a main
character of mine has a child. This is the first novel where children
appear.

Did the idea of the novel spring from real life?
Yes, in October 2005, I met in Transylvania a roman stewardess that
inspired me the story of Athena. She told me how she had been adopted by an
Austrian family and about her gypsy roots. Of course, she was the starting
point of the novel; many aspects came from a myriad of situations and
people I met along the way. I'm also portrayed in this character.

You deal with very delicate issues in this book, such as prejudice,
religious intolerance and dogma. Aren't you afraid of being excommunicated
from the Catholic Church with this novel? After all you defend the idea
that God is the Great Mother.
I'm not afraid of that. I go every year to a Benedictine retreat in
Austria, called Melk. There I spoke to abbot Buckhard about catholic
tradition and, during our talks, the issue of women's exclusion came up. He
told me that the Benedictine have prayers dedicated to the Goddess-Mother.
In 200 years I believe that feminine divinity will no longer be a taboo.

One of the questionings that keep on recurring in this book is Athena's
need to live with her "empty spaces". Do you have "empty spaces"?
Of course I do. Who doesn't? The whole problem is not about having empty
spaces, but about admitting that they exist. Today's society is so
preoccupied about coherence that many get trapped in the misconception that
all is explainable. Society tries to convince us that we have to be
completely transparent, not only to world but to ourselves. There is where
the danger lies. It's necessary to admit that some things can't be grasped,
that our empty spaces exist and that we have to respect and honour the
mystery. I would say that Athena is my feminine side.

Do you believe in witches?
Of course I do. Unfortunately the word "witch" has still many prejudices.
To me, a witch is a woman that is capable of letting her intuition take
hold of her actions, that communes with her environment, that isn't afraid
of facing challenges. In my latest novel, I precisely talk about the
prejudice that modern witches face in modern society.

What about the fear of being different?
In all my books I approach this issue. In all my writings I talk about the
importance of accepting one's differences. Since my childhood, I've been
drawn to it. It was very important to me to accept my differences.

Isn't harder to accept other people's differences?
Indeed, it is more difficult to accept other people's differences, but it's
also very complicated to accept one's own. The reason for this is that
there are always prejudices; there are always misunderstandings. There's a
whole system consolidated that doesn't want to change, that doesn't want
people to change. Now, we are seeing that this system is starting to evolve
thanks to people like Athena. She's the prototype, a sort of icon of these
courageous people that face society and question it's values.

Why do you think people are so afraid of change?
If you don't change, the world will change you. Only vampires don't change.
To change is necessary, but if you don't allow it, you will nevertheless
succumb to it... Tragedies, hardships will always present themselves and
you will be forced to adapt yourself.

One of the themes of your book is dissatisfaction...
The world revolves because of this. See the example of children, which are
closer to the essence of life. Are they satisfied? Never. I believe that we
all preserve in our core this child that is always curious about the outer
world.

Do you know what the book is about before writing it?
I never take notes and never know where the book will lead me. It would be
extremely uninteresting if I had the whole plot in my head. Actually in the
Witch of Portobello, the conclusion came to me during the night. I woke up
with the idea in my head, immediately wrote it in my pc and worked on it
for the next days.

Your book ends on February 25th 2006, exactly at 19:47. British
punctuality?
When I finished the book, I looked at the clock in my computer and saw the
time 19:47. I was mesmerised by this since I was born in 1947. That's why I
wrote it down in my manuscript. You see I let myself be guided by signs.
Signs are the language of God and they will take you where you have to be
taken. It's a personal language that you develop throughout life.

You dedicate your book to Saint Francis Xavier. A man that left everything
to go after his dream. Like you.
Well, I took much longer to follow my dream. I was nearly 40 when I decided
to be guided by my dream. I had the courage once I made the pilgrimage to
Saint James of Compostella.

Book Description Paperback. Condition: Used; Good. Dispatched, from the UK, within 48 hours of ordering. This book is in good condition but will show signs of previous ownership. Please expect some creasing to the spine and/or minor damage to the cover. Seller Inventory # CHL1297011

Book Description Paperback. Condition: Very Good. The book has been read, but is in excellent condition. Pages are intact and not marred by notes or highlighting. The spine remains undamaged. Seller Inventory # GOR001471787

Book Description Condition: Good. A+ Customer service! Satisfaction Guaranteed! Book is in Used-Good condition. Pages and cover are clean and intact. Used items may not include supplementary materials such as CDs or access codes. May show signs of minor shelf wear and contain limited notes and highlighting. Seller Inventory # 000783540X-2-4

Book Description Condition: Very Good. Ships from the UK. Former library book; may include library markings. Used book that is in excellent condition. May show signs of wear or have minor defects. Seller Inventory # 16171329-20

Book Description Condition: Good. Ships from the UK. Used book that is in clean, average condition without any missing pages. Seller Inventory # 8216426-20

Book Description Condition: Very Good. Shipped within 24 hours from our UK warehouse. Clean, undamaged book with no damage to pages and minimal wear to the cover. Spine still tight, in very good condition. Remember if you are not happy, you are covered by our 100% money back guarantee. Seller Inventory # 6545-9780007835409

Book Description Paperback. Condition: Good. All orders are dispatched the following working day from our UK warehouse. Established in 2004, we have over 500,000 books in stock. No quibble refund if not completely satisfied. Seller Inventory # mon0004988894

Book Description Paperback. Condition: Very Good. All orders are dispatched the following working day from our UK warehouse. Established in 2004, we have over 500,000 books in stock. No quibble refund if not completely satisfied. Seller Inventory # mon0005366653

Book Description Condition: Very Good. This book is in very good condition and will be shipped within 24 hours of ordering. The cover may have some limited signs of wear but the pages are clean, intact and the spine remains undamaged. This book has clearly been well maintained and looked after thus far. Money back guarantee if you are not satisfied. See all our books here, order more than 1 book and get discounted shipping. . Seller Inventory # 7719-9780007835409