Items related to Remembering Whitney: A Mother's Story of Life,...

Houston, Cissy Remembering Whitney: A Mother's Story of Life, Loss and the Night the Music Stopped

Remembering Whitney: A Mother's Story of Life, Loss and the Night the Music Stopped 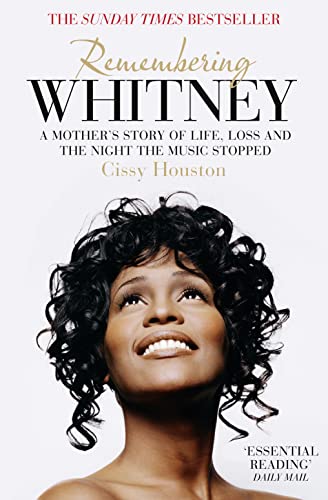 The definitive account of Whitney Houston’s astonishing life, ground-breaking career and tragic death – complete with never-before-seen photographs – from the only one who truly knows the story behind the headlines: her mother, Cissy Houston.

Cissy has said little publicly about Whitney’s heart-breaking death. Now, for the first time, she opens up and shares the unbelievable story of her daughter’s life, as well as her own, and addresses Whitney’s brightest and darkest moments.

A legendary Grammy Award-winning gospel singer in her own right, Cissy Houston shows how the lessons from her own musical journey helped to shape Whitney’s career – from teaching Whitney to use her voice, to keeping her level-headed throughout her meteoric rise to fame.

With candour and respect, she sets the record straight about Whitney, exploring both her turbulent marriage and her misunderstood struggles with drug abuse. Cissy goes behind the tabloid headlines to show fans around the world the true, human side of a strong, successful – yet flawed – musical icon who died much too young.

Includes a Foreword by Dionne Warwick.

‘Essential reading for anyone who wants the inside angle on one of the greatest musical careers of the 20th Century.’ Daily Mail

1. Remembering Whitney: A Mothers Story of Life, Loss and the Night the Music Stopped

Book Description HarperCollins, 2014. Paperback. Condition: Used; Good. **Simply Brit** Shipped with Premium postal service within 24 hours from the UK with impressive delivery time. We have dispatched from our book depository; items of good condition to over ten million satisfied customers worldwide. We are committed to providing you with reliable and efficient service at all times. Seller Inventory # 2094158