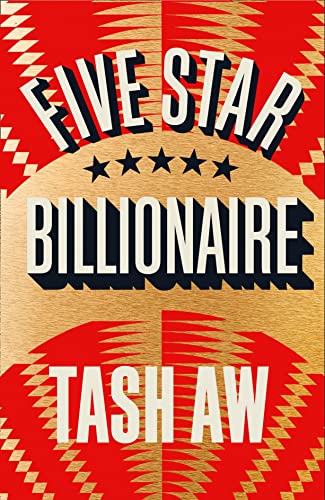 ‘Aw's tale of five migrant workers carving out lives in a modernising Shanghai is the stuff of a hit TV miniseries ... the reading experience it offers is coolly engrossing’ Adam Mars-Jones, Observer

‘[Aw] is unmatched at evoking the smells and sounds of the land and cityscapes, the figures of speech and shifting cultural mores of that finger-like peninsula that pokes into the South China Sea ...Their tales are told chapter by chapter, the characters slowly drawing closer together like flotsam in a vortex, before the stunning finale ...There is wit here, and plenty of acute observation and characterisation’ Independent on Sunday

‘A new kind of immigrant novel. One that takes place in our increasingly mutlipolar world and is ...a challenge to the old narrative’ Sunday Telegraph

‘The five characters are distinct, and Aw manages to bring them together well ... Aw brilliantly recreates the intonations and vocabulary of someone educated only in Chinese’ Independent

‘A splendid achievement. The narrative ... is brilliantly designed, a puzzle whose pieces click satisfyingly into place – Aw’s book could scarcely be bettered’ Independent on Sunday

‘Aw’s style – terse but tender, lightly ironic without being snide – is fresh, bracing and, above all, compassionate. His characters ... form profound impressions on the reader. One simply cares deeply what happens to them, and this skilled writer never makes that an easy matter to predict’ Scotsman

Tash Aw was born in Taipei, in the Republic of China, and
brought up in Malaysia. He moved to England in his teens and
now lives in London. He is the author of ‘The Harmony Silk Factory’, which was the winner of the Whitbread First Novel Award and the Commonwealth Writers’ Prize for Best First Novel and was longlisted for the Man Booker Prize, and ‘Map of the Invisible World’. His most recent novel, ‘Five Star Billionaire’, was longlisted for the Man Booker Prize 2013.