Items related to The Path to Power

Margaret Thatcher The Path to Power

The Path to Power 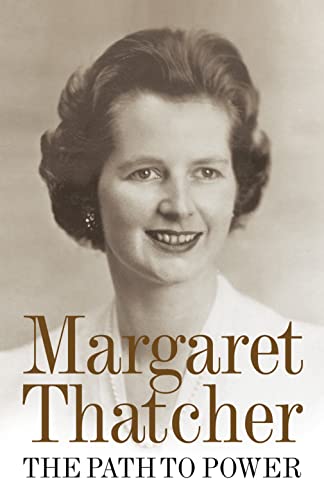 A book which should be read by everyone with any interest in contemporary history of political affairs Norman Tebbit, Daily Mail

Some things in this life are priceless. So are Margaret Thatcher s guts. They have left their mark on the world. So will The Downing Street Years Daily Express

--Daily Express From the Back Cover:

Margaret Thatcher is the towering political figure of late-twentieth-century Great Britain. No other prime minister in modern times sought to change the British nation and its place in the world as radically as she did.

Published in a single volume for the first time, Margaret Thatcher is the story of her remarkable life told in her own words--the definitive account of an extraordinary woman and consummate politician, bringing together her bestselling memoirs The Downing Street Years and The Path to Power. Writing candidly about her upbringing and early years and the formation of her character and values, she details the experiences that propelled her to the very top in a man's world. She offers a riveting firsthand history of the major events, the crises and triumphs, during her eleven years as prime minister, including the Falklands War, the Brighton hotel bombing, the Westland affair, the final years of the Cold War, and her unprecedented three election victories. Thatcher's judgments of the men and women she encountered during her time in power-from statesmen, premiers, and presidents to Cabinet colleagues-are astonishingly frank, and she recalls her dramatic final days in office with a gripping, hour-by-hour description from inside 10 Downing Street. Powerful, candid, and compelling, Margaret Thatcher stands as a testament to a great leader's significant legacy.

1. The Path to Power

Book Description Paperback. Condition: New. Dispatched, from the UK, within 48 hours of ordering. This book is in Brand New condition. Seller Inventory # CHL6840798

3. The Path to Power

9. The Path to Power