Items related to The Namesake 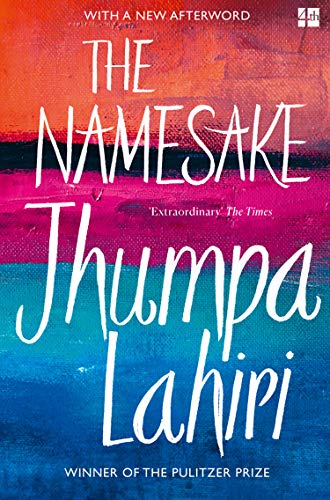 'When her grandmother learned of Ashima's pregnancy, she was particularly thrilled at the prospect of naming the family's first sahib. And so Ashima and Ashoke have agreed to put off the decision of what to name the baby until a letter comes...'

For now, the label on his hospital cot reads simply ‘Baby Boy Ganguli’. But as time passes and still no letter arrives from India, American bureaucracy takes over and demands that 'baby boy Ganguli' be given a name. In a panic, his father decides to nickname him 'Gogol' – after his favourite writer.

Brought up as an Indian in suburban America, Gogol Ganguli soon finds himself itching to cast off his awkward name, just as he longs to leave behind the inherited values of his Bengali parents. And so he sets off on his own path through life, a path strewn with conflicting loyalties, love and loss...

Spanning three decades and crossing continents, Jhumpa Lahiri's much-anticipated first novel is a triumph of humane story-telling. Elegant, subtle and moving, ‘The Namesake’ is for everyone who loved the clarity, sympathy and grace of Lahiri's Pulitzer Prize-winning debut story collection, ‘Interpreter of Maladies’.

‘Extraordinary...a book that spins gold out of the straw of ordinary lives. The calm, pellucid grace of her prose, the sustained stretch of crystal clear writing, its elegant pianissimo tone, pulls the reader from beginning to end in one neat arc. Every detail, every observation, every sentence rings with the clarity of truth. “The Namesake” is a novel that makes its reader feel privileged to be allowed access to its immensely empathetic world.' The Times

‘This is certainly a novel that explores the concepts of cultural identity, of rootlessness, of tradition and familial expectation...but ...it never succumbs to the cliches those themes so often entail. Instead, Lahiri turns it into something both larger and simpler: the story of a man and his family, of his life and hopes, loves and sorrows. She has a talent – magical, sly, cumulative – that most writers would kill for.’ Julie Myerson, The Guardian

‘A joy to read.’ Sunday Telegraph

'Gracious...in refined, empathetic prose...each of Lahiri's characters patches together their own identity, making this resonant fable neither uniquely Asian nor uniquely American, but tenderly, wryly human.' Hephzibah Anderson, The Observer

Jhumpa Lahiri was born in London of Bengali parents, and grew up in Rhode Island, USA. Her stories have appeared in many American journals, including the New Yorker. ‘Interpreter of Maladies’, her first published collection, won the Pulitzer Prize 2000 for Fiction, the New Yorker Prize for Best First Book, the PEN/Hemingway Award and was shortlisted for the Los Angeles Times Award. Jhumpa Lahiri lives in New York.

Book Description Condition: New. Brand New Original US Edition.We Ship to PO BOX Address also. EXPEDITED shipping option also available for faster delivery.This item may ship from the US or other locations in India depending on your location and availability. Seller Inventory # ANNNUS-246523

Book Description Condition: New. Books may ship from multiple locations for easy availability and logistics. PO Box orders may take a little longer for deliveries. All orders are shipped via Fedex/DHL with tracking numbers, other than Remote areas/unserviced areas. Seller Inventory # abe-58210