Items related to ACT OF WAR: THE FIGHT FOR FREEDOM IS A BATTLE WITHOUT...

Brown ACT OF WAR: THE FIGHT FOR FREEDOM IS A BATTLE WITHOUT LIMITS

ACT OF WAR: THE FIGHT FOR FREEDOM IS A BATTLE WITHOUT LIMITS 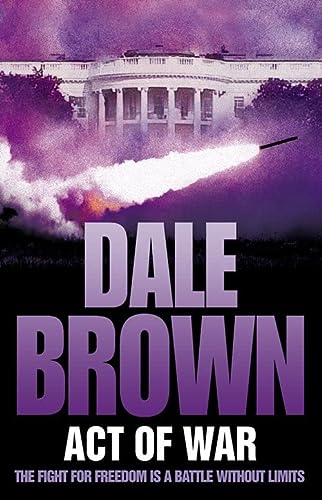 Paperback. Pub Date :2006-05-02 Pages: 512 Language: English Publisher: HarperCollins UK The new thrill a minute blockbuster from bestselling author Dale Brown.International terrorists. funded by a corrupt petroleum company. are attempting to destabilise the Global economy and profit from rocketing oil prices.Responsibility for tracking down the terrorists lies with one man. Jason Richter.But how effective can one man beA ruthless group of petroleum company owners known as the Consortium. are financing an international terrorist organisation. their mission is to stage a series of attacks around the world in an effort to destabilise the global economy and profit from sky rocketing oil prices.It comes down to Jason Richter and his group of seasoned military veterans to track down the terrorists before they strike at the heart of America itself . Introducing an exciting new cha...

‘When a former pilot with years of experience turns his hand to writing thrillers you can take their authenticity for granted. His writing is exceptional and the dialogue, plots and characters are first-class... far too good to be missed.’
Sunday Mirror

‘Brown puts us into the cockpits of wonderful machines and gives us quite a ride. His flying sequences are terrific ... authentic and gripping.’
New York Times Book Review

‘The best military adventure writer in the country.’
Clive Cussler

THE FIGHT FOR FREEDOM IS A BATTLE WITHOUT LIMITS