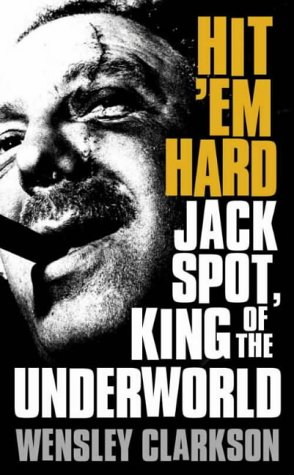 Biography of Jack Spot, king of the 1950s London underworld who inspired both the Krays and the Richardsons.

One time king of the underworld, Jack Spot was known as one of the most powerful criminals in Britain – amassing incredible wealth, and being associated with a string of women, throughout his 30 year career.

From taking to the streets of London in the thirties and associating with the pantheon of criminals who led the 60’s organisations, Jack Spot’s tale is a gripping cocktail of dastardly crimes and glamourous associations.

He was looked up to by some of Britain’s most notorious faces – such as the Krays and the Richardsons who saw him as a mentor and genius in the craft of crime.

' A lurid tale...but a fascinating one.' -- The Independent on Sunday

'compelling...the story of the battle for control of London's organised crime is gripping.' -- Evening Standard

Once the undisputed king of the underworld, Jack Spot was the most powerful criminal in Britain. His thirty-year career began in the 1930s and saw him living on a knife-edge in a thrilling and dangerous world. Over the years, he had run-ins with the Krays, the Richardsons and that other guv'nor of guv'nors, Billy Hill, as well as keeping crooked coppers in his pocket

Spot maintained an extravagant lifestyle for decades, indulging his weakness for beautiful women and all the trappings of wealth. He funded his lifestyle with a series of ingenious crimes, yet managed to escape years with impunity, earning himself national notoriety. Spot had the respect of his own fraternity who regarded him as the true boss of the underworld. Many of those villains even modelled themselves on him.

Wensley Clarkson tells the fascinating story of Spot's life, based on interviews with contemporary criminals and with Jack Spot himself. The result is a thrilling, enthralling account of one man's criminal genius, set against the darkly glamorous world in which he moved.

"This was more than a mob fight. It was victory over the Nazis. I didn't want to swank, but that night I was the hero of the west end."
JACK SPOT, '1938'