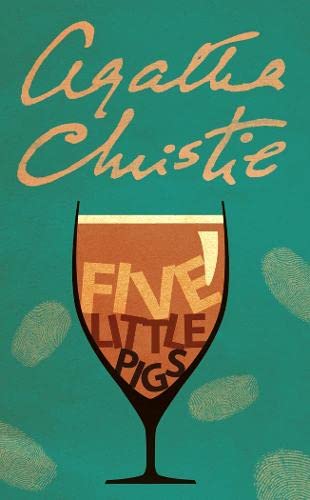 Beautiful Caroline Crale was convicted of poisoning her husband, yet there were five other suspects: Philip Blake (the stockbroker) who went to market; Meredith Blake (the amateur herbalist) who stayed at home; Elsa Greer (the three-time divorcee) who had roast beef; Cecilia Williams (the devoted governess) who had none; and Angela Warren (the disfigured sister) who cried ‘wee wee wee’ all the way home.

It is sixteen years later, but Hercule Poirot just can’t get that nursery rhyme out of his mind...

“Despite only five suspects, Mrs Christie as usual puts a ring through the reader’s nose and leads him to one of her smashing last-minute showdowns.” Observer

“The answer to the riddle is brilliant.” Times Literary Supplement

“A brilliant piece of detective fiction, in which character plays an important part.” Daily Telegraph

“As usual, Mrs Christie hoaxes us with a double twist at the denouement, and provides excellent entertainment.” Punch

Agatha Christie was born in Torquay in 1890 and became, quite simply, the best-selling novelist in history. Her first novel, The Mysterious Affair at Styles, written towards the end of the First World War, introduced us to Hercule Poirot, who was to become the most popular detective in crime fiction since Sherlock Holmes. She is known throughout the world as the Queen of Crime. Her books have sold over a billion copies in the English language and another billion in over 100 foreign countries. She is the author of 80 crime novels and short story collections, 19 plays, and six novels under the name of Mary Westmacott.