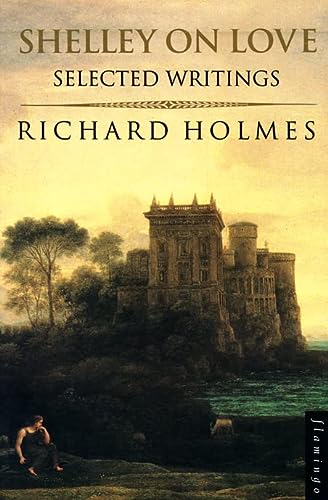 Richard Holmes brings together for the first time Shelley’s almost unknown prose writings as well as the better-known love poetry for which he is famous. The collection, which treats of love in all its forms and manifestations, presents on intellectual and emotional portrait of a great poet’s beliefs and personality.

In this book Richard Holmes brings together for the first time Shelley's almost unknown prose writings on love as well as the better-known love poetry for which he is famous. He argues that Shelley's conception of love lies at the heart of his radical views on social justice, political liberty, and poetry itself, and presents an intellectual and emotional portrait of a great poet's beliefs and personality developing from adolescent to the threshold of maturity, when, at the age of thirty, they were tragically cut short.

The collection, which is divided biographically into six thematic sections, gives not only a Romantic poet's view of romantic passion, but treats of love in all its forms and manifestations. Shelley's wonderfully graceful version of Plato's 'Symposium' is rescued from obscurity, and three telling extracts from his lesser-read long poems show his attitudes to love at critical points in his life.

The coolness and clarity of Shelley's prose, his powers of argument and of concrete description, and his fierce intellectual honesty are qualities rare in any age. His social, political and philosophical concerns are of the highest interest, and engage the fundamental questions of human relationship in a radically searching and imaginative spirit. As Richard Holmes writes Shelley's prose writings on love 'take us back to the deeper appreciation of his major poetry, and forward to the better comprehension of our own hearts'.

Richard Holmes is the author of The Age of Wonder, which won the Royal Society Prize for Science Books and the National Book Critics Circle Award and was one of the ten New York Times’ Best Books of the Year in 2009. His balloon book, Falling Upwards, was chosen as a Best Book of the Year by seven newspapers in 2013. His other biographies include Shelley: The Pursuit (winner of the 1974 Somerset Maugham Prize), Coleridge: Early Visions (winner of the 1989 Whitbread Book of the Year Award), Coleridge: Darker Reflections (shortlisted for the Samuel Johnson Prize and winner of the Duff Cooper Prize), and Dr. Johnson & Mr. Savage (winner of the 1993 James Tait Black Prize). This Long Pursuit completes the autobiographical trilogy begun in Footsteps (1985) and Sidetracks (2000). Holmes was awarded the OBE in 1992, and was elected an Honorary Fellow of Churchill College, Cambridge, in 2010. He is the 2018 winner of the BIO Award presented by the Biographers International Organization for sustained achievement in biography. He lives in London and Norwich with the novelist Rose Tremain.

Book Description Paperback. Condition: Very Good. The book has been read, but is in excellent condition. Pages are intact and not marred by notes or highlighting. The spine remains undamaged. Seller Inventory # GOR002339749

Book Description Paperback. Condition: Fair. A readable copy of the book which may include some defects such as highlighting and notes. Cover and pages may be creased and show discolouration. Seller Inventory # GOR010695525

Book Description Flamingo, 1996. Paperback. Condition: Good. A slight tan to page edges Good condition is defined as: a copy that has been read but remains in clean condition. All of the pages are intact and the cover is intact and the spine may show signs of wear. The book may have minor markings which are not specifically mentioned. Most items will be dispatched the same or the next working day. Seller Inventory # wbb0013905184

Book Description Flamingo, 1996. Paperback. Condition: Used; Good. **Simply Brit** Shipped with Premium postal service within 24 hours from the UK with impressive delivery time. We have dispatched from our book depository; items of good condition to over ten million satisfied customers worldwide. We are committed to providing you with reliable and efficient service at all times. Seller Inventory # mon0001761402

Book Description Flamingo, 1996. Paperback. Condition: Used; Good. **SHIPPED FROM UK** We believe you will be completely satisfied with our quick and reliable service. All orders are dispatched as swiftly as possible! Buy with confidence! Aloysius Ihezie. Seller Inventory # mon0001857284

Book Description Flamingo/HarperCollinsPublishers, 1996. Condition: Good. A+ Customer service! Satisfaction Guaranteed! Book is in Used-Good condition. Pages and cover are clean and intact. Used items may not include supplementary materials such as CDs or access codes. May show signs of minor shelf wear and contain limited notes and highlighting. Seller Inventory # 0006550126-2-4