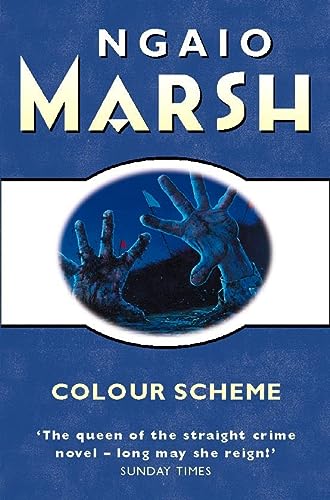 Often regarded as her most interesting book and set on New Zealand’s North Island, Ngaio Marsh herself considered this to be her best-written novel.

It was a horrible death – Maurice Questing was lured into a pool of boiling mud and left there to die.

Chief Inspector Roderick Alleyn, far from home on a wartime quest for German agents, knew that any number of people could have killed him: the English exiles he’d hated, the New Zealanders he’d despised or the Maoris he’d insulted. Even the spies he’d thwarted – if he wasn’t a spy himself...

‘The queen of the straight crime novel – long may she reign!’
Sunday Times

‘The brilliant New Zealander Ngaio Marsh claims a high level as to sheer writing and still more as a view of humanity.’
Elizabeth Bowen

‘Nobody begins to touch Ngaio Marsh’s skill at creating corpses and suspects... her dialogue is a continuous delight.’
New York Herald Tribune

‘The finest writer in the English languange of the pure, classical puzzle whodunnit. Among the crime queens, Ngaio Marsh stands out as an Empress.’
The Sun

Dame Ngaio Marsh was born in New Zealand in 1895 and died in February 1982. She wrote over 30 detective novels and many of her stories have theatrical settings, for Ngaio Marsh’s real passion was the theatre. She was both actress and producer and almost single-handedly revived the New Zealand public’s interest in the theatre. It was for this work that she received what she called her ‘damery’ in 1966.