Items related to The Killing Floor 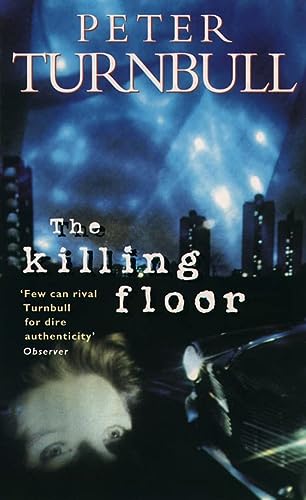 An error by a motorist leads to the discovery of a decomposed headless and handless corpse in the garden of a house in one of Glasgow's prestigious suburbs. For Glasgow's P Division, the first task is to identify the body - an indentification which reveals a person with a talent for making enemies.

A motorist's error leads to the discovery of a decomposed headless and handless corpse in the garden of a house in a prestigious Glasgow suburb. For Glasgow's P Division, the first task is to identify the body – an identification which reveals a person with a talent for making enemies.

Then there is another killing – a murderous stabbing in an east-end housing scheme – and the police investigation takes on an added urgency. The whiff of corruption is in the air, and soon they are unravelling a thirty-year-old fraud of massive proportions, which, if made public, would shake the city to its very foundations.

Peter Turnbull was born in Yorkshire and educated locally. He has had a variety of jobs, and was a social worker for twenty-three years, an occupation he has recently given up to become a full-time writer. His work has taken him to Sheffield, Glasgow (where his acclaimed P Division novels are set) and Leeds, where he now lives.

Shipping: FREE
From Canada to U.S.A.

Book Description Paperback. Condition: Very Good. The book has been read, but is in excellent condition. Pages are intact and not marred by notes or highlighting. The spine remains undamaged. Seller Inventory # GOR003621001

Book Description Paperback. Condition: Good. The book has been read but remains in clean condition. All pages are intact and the cover is intact. Some minor wear to the spine. Seller Inventory # GOR001435411

Book Description HarperCollins Publishers Ltd, 1995. Paperback. Condition: Used; Good. **SHIPPED FROM UK** We believe you will be completely satisfied with our quick and reliable service. All orders are dispatched as swiftly as possible! Buy with confidence! Aloysius Ihezie. Seller Inventory # mon0000398900

Book Description HarperCollins Publishers. Paperback. Condition: As New. No Jacket. An apparently unread copy in perfect condition. Dust cover is intact; pages are clean and are not marred by notes or folds of any kind. At ThriftBooks, our motto is: Read More, Spend Less. Seller Inventory # G0006479766I2N00

Book Description HarperCollins Publishers, 1995. Paperback. Condition: GOOD. Has little wear to the cover and pages. Contains some markings such as highlighting and writing. Seller Inventory # 0006479766_abe_gd