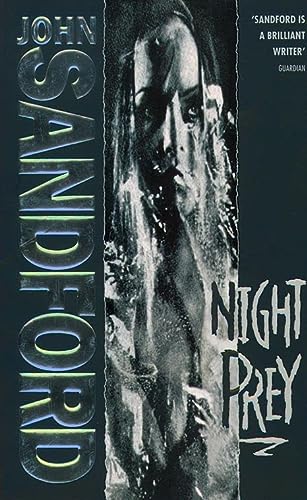 Another outstanding Lucas Davenport thriller from one of America’s finest novelists – author of Rules of Prey, Mind Prey and Sudden Prey.

After a two-year break, Minneapolis detective Lucas Davenport is back on the force. As Deputy Chief, his first problem is acerbic state investigator Meagan Connell, who is determined to prove a link between a series of particularly brutal attacks on women. The more Davenport looks into it, the more he suspects that Meagan is right to fear the worst. Somewhere out there, spying on his unknowing victims at their most intimate moments, lurks a killer of unusual skill and savagery – and he’s only just getting warmed up...

‘John Sandford knows all there is to know about detonating the gut-level shocks of a good thriller.’
New York Times

A thriller featuring Minneapolis detective Lucas Davenport from "The Iceman" and "Rules of Prey". State investigator Meagan Connell is convinced that Minneapolis has a serial killer on the loose, but the city's police are sceptical. She passes on the case to her deputy, Davenport.