Items related to Let Not the Deep

Lunnon-Wood, Mike Let Not the Deep

Let Not the Deep 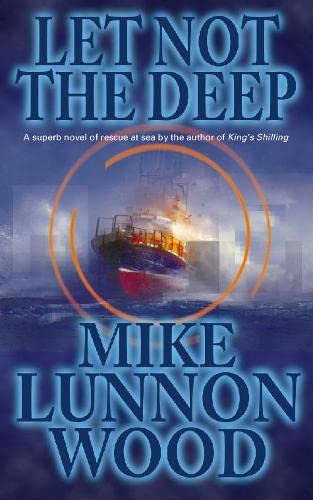 One of the most thrilling novels of the sea to have been written, Let Not the Deep tells the story of a tumultuous night in the storm-ravaged seas off the Scilly Isles.

The freighter Caledonia is carrying not just a cargo of steel plate, but also a group of schoolboy passengers on an educational trip. When she suffers an engine breakdown in a terrifying hurricane, the cargo is bound to shift, and the need for rescue is all the more urgent since one of the boys is the son of the Prime Minster.

To the volunteers on the Maeve Corrigan, the Scillies Lifeboat, it makes no difference at all that the eyes of the world’s news media are following their every movement.

Their sole aim, along with the RAF helicopter crew scrambled to the stricken vessel, is to save lives.

It falls to John Nichols to command the Caledonia in this horrifying crisis. With the cargo shifting, the Caledonia foundering and the storm exploding around him, the night is very long indeed.

Let Not the Deep is a story of cowardice and courage, of deeply felt emotion and powerfully realized drama.

The MV 'Caledonia', stricken by engine failure, her cargo shifting as a hurricane-force storm approaches across the Atlantic.

The 'Maeve Corrigan', a superbly designed lifeboat based in the Scillies, heading through tumultuous seas for the casualty.

On board the 'Caledonia', a passenger whose fate will command the attention of the news media from all around the world.

On the 'Maeve Corrigan', a crew that will be tested to the limits of courage and beyond in the longest night of their lives.

Exciting, suspenseful, moving and thrilling, 'Let Not the Deep' is destined to become a classic of the sea.

Mike Lunnon-Wood was born in Africa and educated in Australia and New Zealand. He was based in the Middle East for ten years. He now lives and writes in England.

1. Let Not the Deep Lunnon-Wood, Mike

2. Let Not the Deep Lunnon-Wood, Mike