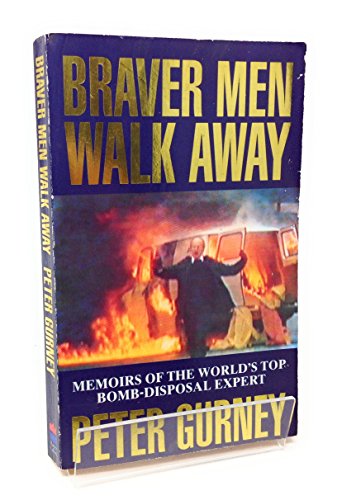 A chronicle of the life of Peter Gurney, MBE, GM and Bar, who has been at the forefront of the fight against crime and international terrorism since he began his career defusing bombs in post-Nazi Berlin. His autobiography gives a first-hand account of the battle he has waged to combat terrorism and prevent further tragedies occurring, from the back streets of Belfast to Lockerbie, where he was an expert witness at the hearing, from the bombing of the Grand Hotel, Brighton to the Middle East and to the IRA's mortar attack on the British Cabinet.

Book Description Paperback. Condition: Good. All orders are dispatched the following working day from our UK warehouse. Established in 2004, we have over 500,000 books in stock. No quibble refund if not completely satisfied. Seller Inventory # mon0005574943

Book Description Paperback. Condition: Used; Good. **Simply Brit** Shipped with Premium postal service within 24 hours from the UK with impressive delivery time. We have dispatched from our book depository; items of good condition to over ten million satisfied customers worldwide. We are committed to providing you with reliable and efficient service at all times. Seller Inventory # 1086456

Book Description Paperback. Condition: Very Good. The book has been read, but is in excellent condition. Pages are intact and not marred by notes or highlighting. The spine remains undamaged. Seller Inventory # GOR001381383

Book Description Paperback. Condition: Fair. A readable copy of the book which may include some defects such as highlighting and notes. Cover and pages may be creased and show discolouration. Seller Inventory # GOR000928107

Book Description Paperback. Condition: Good. The book has been read but remains in clean condition. All pages are intact and the cover is intact. Some minor wear to the spine. Seller Inventory # GOR001460431