Items related to The Widowmaker (Hawk) 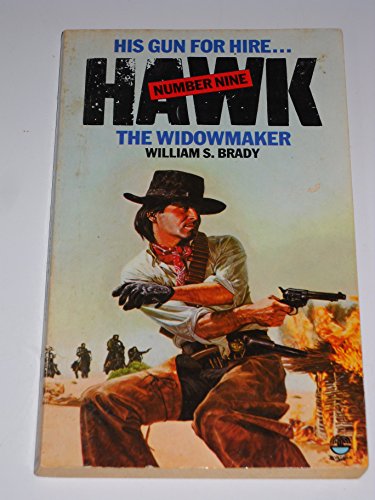 Women spell trouble....Kidnap spells death! The Willard brothers didn't know what they were letting themselves in for when they took Ben King's wife off the train. She was beautiful and her husband was rich... Rich enough to hire Jared Hawk to bring his wife back and kill teh men who took her. Hawk didn't like King's methods, but the big man's money spoke loud enough to persuade him, so he took the job. It didn't look too difficult... Not until he got tangled up in a spider's web of lethal intrigue. But Hawk had a way of solving problems - with a .45 calibre lead slug!

Book Description Fontana, 1981. Paperback. Condition: Very Good. paperback / softback. The book has been read, but is in excellent condition. Pages are intact and not marred by notes or highlighting. The spine remains undamaged. Seller Inventory # GOR004554391