Items related to The Puzzle of God

Vardy, Peter The Puzzle of God

The Puzzle of God 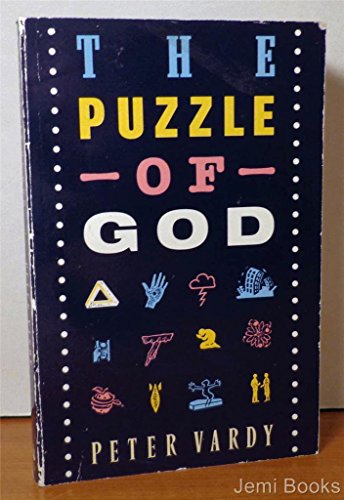 In this book, the author examines the different ideas of God in common use today. He begins with three "realist" views, according to which God exists independent of the universe. Next, he considers an "anti-realist" view, whereby God is a truth only within a given community and language. The arguments for the existence of God, based on these views, are then reviewed. Finally, the author explores some of the traditional attributes of God determined by the different versions. This book is intended to be of use for A-level philosophy of religion students.

It all used to be simple. Some people believed in God and others did not. Today the issues are more complex and it is no longer clear what it means to claim that God exists.

'The Puzzle of God' takes a distinctive approach. It examines the different ideas of God in common use today – from the timeless and spaceless God of Catholic theology, and the predominantly Protestant idea of an everlasting God, to the modern revisionary accounts. It then applies these to central areas of belief such as eternal life, prayer, miracles and talk of God's love, omnipotence and omniscience.

As an ideal introduction to the Philosophy of Religion, Peter Vardy's book has already had a major impact. Easy to read and accessible, it does not presume specialist knowledge or impose any one view. This second edition also includes a new and significant postscript.

"This is about the best elementary textbook in the philosophy of God I have come across… an extremely useful book."
Hugo Meynell

"An accomplished guide round the battlefield of ideas about God."
Don Cupitt

Peter Vardy is lecturer in the Philosophy of Religion at London University’s Heythrop College. Apart from the widely successful ‘Puzzle’ series, he is also author of ‘And If It’s True?’ and ‘Business Morality’.

He is editor of the‘Fount Christian Thinkers’ series, the first six of which were published last year.

1. The Puzzle of God

Book Description HarperCollins Publishers Ltd, 1990. Paperback. Condition: Used; Good. Dispatched, from the UK, within 48 hours of ordering. This book is in good condition but will show signs of previous ownership. Please expect some creasing to the spine and/or minor damage to the cover. Seller Inventory # CHL3236991

2. The Puzzle of God

Book Description Paperback. Condition: Very Good. The book has been read, but is in excellent condition. Pages are intact and not marred by notes or highlighting. The spine remains undamaged. Seller Inventory # GOR001550262

3. The Puzzle of God

4. The Puzzle of God

Book Description HarperCollins Publishers. Paperback. Condition: Fair. A readable copy. All pages are intact, and the cover is intact. Pages can include considerable notes-in pen or highlighter-but the notes cannot obscure the text. At ThriftBooks, our motto is: Read More, Spend Less. Seller Inventory # G0005992230I5N00

5. The Puzzle of God

Book Description HarperCollins Publishers. Paperback. Condition: Good. A copy that has been read, but remains in clean condition. All pages are intact, and the cover is intact. The spine may show signs of wear. Pages can include limited notes and highlighting, and the copy can include previous owner inscriptions. At ThriftBooks, our motto is: Read More, Spend Less. Seller Inventory # G0005992230I3N00

6. The Puzzle of God

Book Description HarperCollins Publishers Ltd, 1990. Condition: Poor. This is an ex-library book and may have the usual library/used-book markings inside.This book has soft covers. With usual stamps and markings, In poor condition, suitable as a reading copy. Seller Inventory # 7966723

7. The Puzzle of God

Book Description HarperCollins Publishers Ltd. Paperback. Condition: Used; Good. **SHIPPED FROM UK** We believe you will be completely satisfied with our quick and reliable service. All orders are dispatched as swiftly as possible! Buy with confidence! Aloysius Ihezie. Seller Inventory # mon0001542060

8. The Puzzle of God Vardy, Peter

9. The Puzzle of God