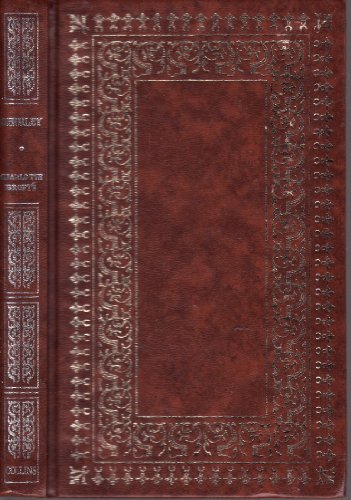 'You expected bread, and you have got a stone; break your teeth on it, and don't shriek...you will have learned the great lesson how to endure without a sob.'

Shirley is Charlotte Brontë's only historical novel and her most topical one. Written at a time of social unrest, it is set during the period of the Napoleonic Wars, when economic hardship led to riots in the woollen district of Yorkshire. A mill-owner, Robert Moore, is determined to introduce new machinery despite fierce opposition from his workers; he ignores their suffering, and puts his own life at risk. Robert sees marriage to the wealthy Shirley Keeldar as the solution to his difficulties, but he loves his cousin Caroline. She suffers misery and frustration, and Shirley has her own ideas about the man she will choose to marry. The friendship between the two women, and the contrast between their situations, is at the heart of this compelling novel, which is suffused with Brontë's deep yearning for an earlier time.
ABOUT THE SERIES: For over 100 years Oxford World's Classics has made available the widest range of literature from around the globe. Each affordable volume reflects Oxford's commitment to scholarship, providing the most accurate text plus a wealth of other valuable features, including expert introductions by leading authorities, helpful notes to clarify the text, up-to-date bibliographies for further study, and much more.

Following the tremendous popular success of Jane Eyre, which earned her lifelong notoriety as a moral revolutionary, Charlotte Bronte vowed to write a sweeping social chronicle that focused on "something real and unromantic as Monday morning". Set in the industrializing England of the Napoleonic wars and Luddite revolts of 1811-12, Shirley (1849) is the story of two contrasting heroines. One is the shy Caroline Helstone, who is trapped in the oppressive atmosphere of a Yorkshire rectory and whose bare life symbolizes the plight of single women in the nineteenth century. The other is the vivacious Shirley Keeldar, who inherits a local estate and whose wealth liberates her from convention. A work that combines social commentary with the more private preoccupations of Jane Eyre, Shirley demonstrates the full range of Bronte's literary talent.

Charlotte Bronte (1816 - 1855) was an English novelist and poet, the eldest of the three Bronte sisters who survived into adulthood and whose novels have become classics of English literature. She first published her works (including her best known novel, Jane Eyre) under the pen name Currer Bell.

Book Description HarperCollins Publishers, United Kingdom, London, 1973. Paperback. Condition: Very Good. The book has been read, but is in excellent condition. Pages are intact and not marred by notes or highlighting. The spine remains undamaged. Seller Inventory # GOR004592985