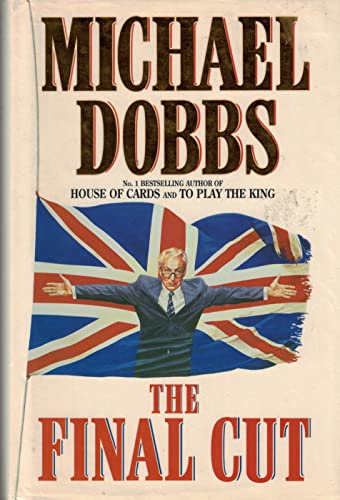 The character of scheming politician Francis Urquhart - created by the author in "House of Cards" and "To Play the King" - reappears in this book. PM Urquhart is still in power, but is beginning to feel his years. What drives him on is his desire to beat Margaret Thatcher at her own game.

‘A triumphant return... The best book of the three. The action is unflagging, the characterization razor-sharp, the satirical barbs at politics and politicians unfailingly accurate. Urquhart’s last days in Downing Street are as compelling as Mrs Thatcher’s. What a brilliant creation F.U. is.’
Sunday Telegraph

‘Razor-sharp and merciless... One thing is certain: F.U. will be remembered for much longer than the name of many a real Prime Minister.’
Daily Mail

‘Magnificent... this book has it all.’
Sunday Express

For more than a decade Urquhart has towered above the parliamentary scene. But the country appears to be growing tired of him. The end of an era, they say, time for a change. Yet Urquhart is not ready to retire, still less to be driven from office. If the public demand new blood, that is precisely what he will give them. The blood of his cabinet critics – even the blood of the Mediterranean island of Cyprus – will be freely shed as he takes his battle to survive onto the international stage.

This is a different Francis Urquhart – more vulnerable, more loving, and more ruthless than ever. He will risk everything, but one thing is certain: whatever the outcome of this, his greatest gamble, the name of Francis Urquhart will never be forgotten.

Michael Dobbs's 'House of Cards' and 'To Play the King' are also available from HarperCollinsAudioBooks.