Items related to Giving A Little Back: My Autobiography

Curley, Barney Giving A Little Back: My Autobiography

Giving A Little Back: My Autobiography 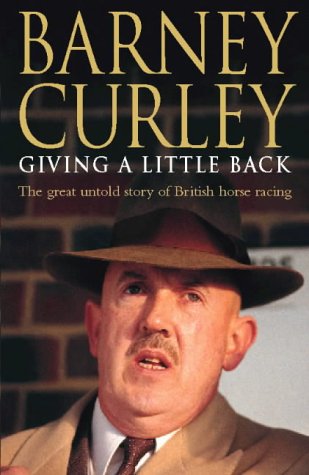 'A gem of a book from one of the turf's most fearless punters.' The Racing Post

Curley recalls all the famous adventures that have made him part of horse-racing folklore: the celebrated ‘Yellow Sam’ sting of 1975; how he was jailed for running an illegal lottery but released on donating Ł10,000 to charity; his campaign against the Big Three high street bookmakers; his disqualification from racing; and how he lost Ł250,000 on one race in an unforgettable day in 1982.

Beyond the racing world he talks openly about how he watched his father go broke through gambling, and recalls the tragedy of the death of his son, Charlie, in 1996. Curley’s book is much more than just an account of a career in horse racing.