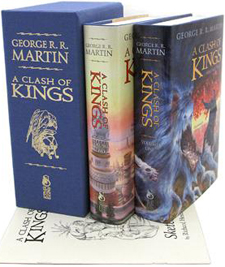 Since 1995 a small publisher from Burton, Michigan, has been at the forefront of collectable editions in the horror, suspense, science fiction, and dark fantasy genres. Subterranean Press - also referred to as simply SubPress - has published hundreds of books, as well as a quarterly magazine called Subterranean Magazine, featuring short stories from some of today’s most popular genre authors.

These limited, collectable editions are not the only reason Subterranean is widely considered one of the finest genre fiction presses. The publisher also excels at negotiating rights to exclusively publish previously unreleased works and collections from the same big-name authors, as well as from up-and-coming but unheralded talent. Limited fine bindings, unique special editions, burgeoning new talent, and dark, edgy fiction are the hallmarks of Subterranean books.

Collectors love Subterranean Press for their beautiful, deluxe editions, many of which attract worldwide interest and become more valuable as each year passes. 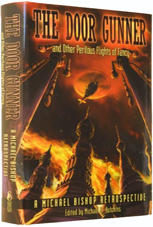 The Door Gunner and Other Perilous Flights of Fancy

This Michael Bishop retrospective is available in a trade hardcover edition and a numbered, signed edition limited to 250 copies. 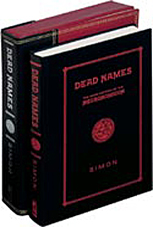 Dead Names: The Dark History of the Necronomicon

Only 350 numbered copies printed, this is the startling true account of the dark and violent history this fearsome book. 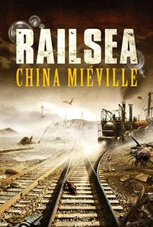 Labeled "salvagepunk" by the author, this YA title was limited to 500 copies, signed and numbered, in addition to 26 deluxe leather bound copies, also signed. 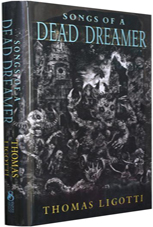 Songs of a Dead Dreamer

Ligotti's first collection of horror stories, re-issued by Subterranean in both cloth and leather bound editions. 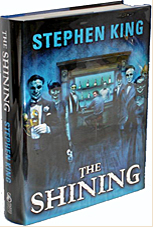 Limited edition with dust jacket and illustrations by Vincent Chong. 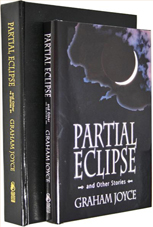 Collection of stories from the author of I Am Legend, limited to 750 numbered copies and a 52 lettered copies.

The Five of Cups

The only edition of Kiernan's 'lost' first novel to ever see print, limited to 1000 signed copies, plus 52 in a traycase with bonus material. 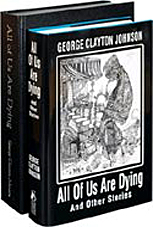 All of Us Are Dying

From the author best known for penning Logan’s Run and the story that inspired Ocean’s Eleven, this signed collection was limited to 600 numbered copies and 26 lettered copies. 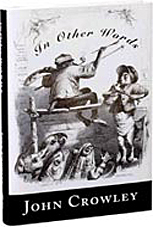 A straight-up western novel from this splatterpunk author. Limited to 500 numbered copies signed by Lansdale (as his pen name Ray Slater) and cover artist Mark A. Nelson

Project Moonbase and Others

Heinlein collection with an introduction by John Scalzi. Limited to 750 numbered copies and 26 lettered copies, all signed by Scalzi and artist Bob Eggleton. 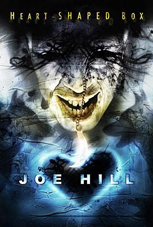 Breakout novel by Stephen King’s son, limited to 500 numbered copies, 200 of which contained bonus material. A further 15 were lettered and housed in a vault traycase. 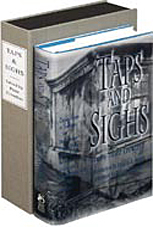 A Stark and Wormy Knight

A collection of short fiction from the master of the multi-volume epic. Available in both a trade hardcover edition and a signed, leather bound edition limited to 250 copies.

Sex and Violence in Hollywood

The breakout thriller from horror master Garton, limited to 1250 signed hardcover copies and 26 leather bound copies in a traycase. 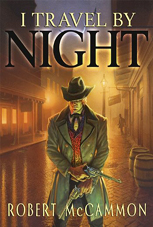 I Travel by Night 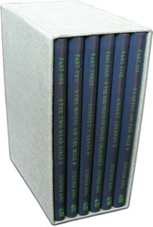 Published on the 10th anniversary of the original paperback edition, this slipcase set of six volumes was limited to 2,200 copies, 148 signed.