Home George A. Fuller Wisdom of the Ages (Forgotten Books) 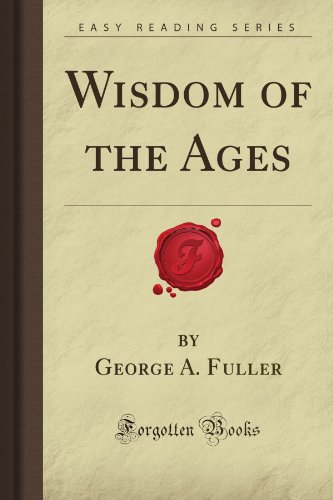 Wisdom of the Ages (Forgotten Books)

Synopsis: This book, a product of automatic writing, first came to my attention in a footnote in William James' Varieties of Religious Experience. James compared this text to Oahspe, as well as the case of Helene Smith, described in From India to the Planet Mars. The book claims to be the revelation of one Zertoulem, who lived long ago in a land called Tlaskanata. The preface and glossary state that Tlaskanata was in Middle America, 'thousands of years ago.'

The actual text is a lot more consistent than most automatic writing I've seen. The style is similar to Lord Dunsany, Khalil Gibran, or perhaps the orientalist translations of Edward Fitz-Gerald. Although the setting is in a previously unknown lost civilization, the spiritual concerns addressed here are very modern. As far as I can tell this book has not been reprinted since 1916. (Quote from sacred-texts.com)

Forgotten Books is a publisher of historical writings, such as: Philosophy, Classics, Science, Religion, History, Folklore and Mythology.
http://www.forgottenbooks.org

1. Wisdom of the Ages (Forgotten Books)