Home Ali Tal On the Walls of My Being 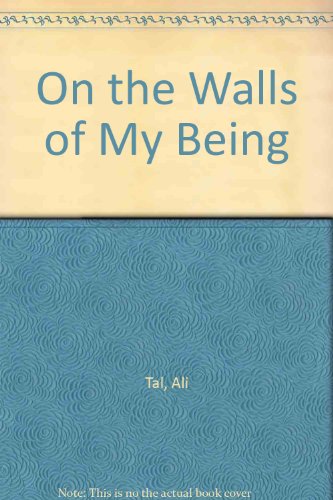 On the Walls of My Being

From the Author: An Arab woman is the lackey to her husband's thoughts.
'On the Walls of My Being' was my first literary work in the English langauge. Set at the closing decades of the cruel and dark tyrannical Ottoman rule, it is based upon the true story of Ali and Mashiekh, my grandparents, who defied their elders and eloped in 1900. The novel follows how mistrust and rivalry between the shiekhs of the two clans draws their clansmen into fatal feuding. Any female relative suspected of helping Masiekh to escape the clan's atrium is slain by her father and her body thrown into the grave of shame. More murder, revengeful burning and carnage ensues. The Ottoman Authority and other clans watch such terrors and woes being inflicted by the men and womwn of Ali and Mashiekh's clans upon each other resignedly. The novel also follows the lives of these young iconoclasts from embarrassment to familiarity, and how in the end the patriarchal world forces clan loyalty to such an extent that even in the breaking of tradition the male falls back on conformism. Ali returns to the male tradition, and turns his back on Mashiekh whom he had struggled for and won. 'On the Walls of My Being'is told with a special focus upon the plight of the Arab woman and the unfair even savage way she is treated. In many places, which are not necccessarily remote, she suffers still under the yoke of her many male masters. An Arab woman is her husband's lackey and she must believe anything he tells her for the rest of her life. The core question of the work is 'What are the causes that brought woman to be viewed so cheep and so low by her male overseers?'Society is founded around the mother; she is the kernel of the family. Her daily humiliations which are inflicted in full view of her children, have perpetuated the break up of the male/female relationship. I needed to put down some sort of historical perspective to lead the reader into the troubled panorama of the Fertile Crescent from the ancient enlightened epochs up to the despotic reign of the Ottoamn Sultans who it seems to me unintentionally reinstituted the primitive culture of the clan system. However the current leaders of the middle east knowingly enforce such dogmatic tradition.

Title: On the Walls of My Being
Publisher: Karnak House
Publication Date: 2001
Binding: Paperback
Book Condition: Good
Edition: First - may be Reissue.

1. On the Walls of My Being

2. On the Walls of My Being

Book Description Karnak House, 2001. Paperback. Condition: Very Good. Sun damage to cover and marks to edge of pages. Appears unread, may have minor damage from transit/storage. Next day dispatch from the UK (Mon-Fri). Please contact us with any queries. Seller Inventory # mon0000473505

3. On the Walls of My Being