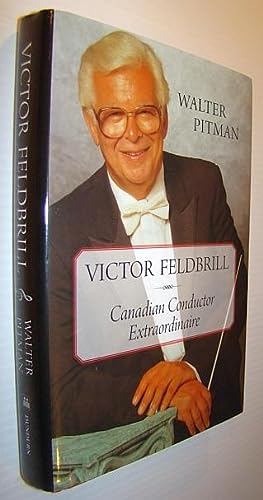 Victor Feldbrill is an account of the life and cultural contribution of one of Canada's most talented conductors. Born in 1924, he made his Toronto Symphony conducting debut at 18. He went on to become the artistic director of the Winnipeg Symphony, a conductor with the Toronto Symphony, and a guest conductor of virtually every major symphony orchestra in Canada. Feldbrill was also the first conductor-in-residence at the University of Toronto's Faculty of Music from 1968 to 1982.

However, what really set Feldbrill apart was his limitless enthusiasm and support of Canadian music and young musicians, as well as his insistence on playing the music of Canadian composers despite the reluctance of some orchestral managers and the initial opposition of audiences at the time. In doing so he reached out to young people and trained many to take their places as members of Canadian orchestras from coast to coast.

...an examination of Feldbrill's achievements and challenges is crucial to understanding the programming and performance of classical music in English Canada during the past half century. I am therefore grateful to have Pitman's informative biography, which astutely places Feldbrill's life and career in the historical and socio-political context of Cold War Canada. At the same time, I hope that this biography will spark further research into the art of this important maestro – something that might only be possible when more recordings of his performances become accessible. I urge all major university libraries to purchase this biography.

Drawing on press clippings, personal letters and numerous Interviews with Feldbrill and others, Pitman gives a full chronicle of Fledbrill's Decade at the helm of the Winnipeg Symphony Orchestra. (The Hamilton Spectator)

This is a comprehensive and enjoyable story of an inspiring Canadian, to whom Winnipeg is especially indebted.