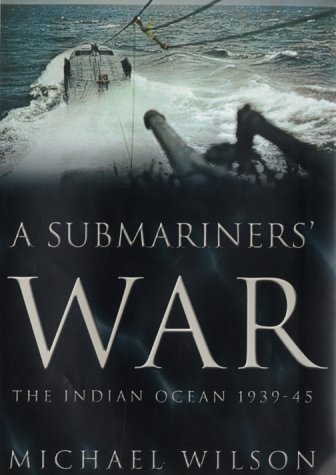 Synopsis: Battles in the Indian Ocean during the second World War

Strangely there was no Battle of the Pacific as such. The battle of attrition between the American and Japanese fleets never took place and thousands of American ships crossed the Pacific, in support of their army's island-hopping campaign, almost unscathed by attack from Japanese submarines.

The Indian Ocean provided an altogether different scenario as it was the one area of the world where, uniquely, the submarines of seven nations - Great Britain, the Netherlands, USA, France, Italy, Germany and Japan - all operated and fought during the war.

Michael Wilson, an ex-submarine officer, presents an authoritative account of these Second World War operations using archive material from all the countries that were involved. It is not intended to be a detailed comprehensive chronology of who sunk what and when, but rather a look at the overall picture of how the submarines were deployed and the level of success they achieved.

Book Description Hardback. Condition: Very Good. The book has been read, but is in excellent condition. Pages are intact and not marred by notes or highlighting. The spine remains undamaged. Seller Inventory # GOR007152903

Book Description Tempus Pub Ltd, 2000. Hardcover. Condition: Good. Connecting readers with great books since 1972. Used books may not include companion materials, some shelf wear, may contain highlighting/notes, may not include cdrom or access codes. Customer service is our top priority!. Seller Inventory # S_220856326

Book Description Tempus Pub Ltd, 2000. Condition: Good. A+ Customer service! Satisfaction Guaranteed! Book is in Used-Good condition. Pages and cover are clean and intact. Used items may not include supplementary materials such as CDs or access codes. May show signs of minor shelf wear and contain limited notes and highlighting. Seller Inventory # 0752420135-2-4

There are 7 more copies of this book