Home Arthur Edward Waite The Pictorial Key to the Tarot 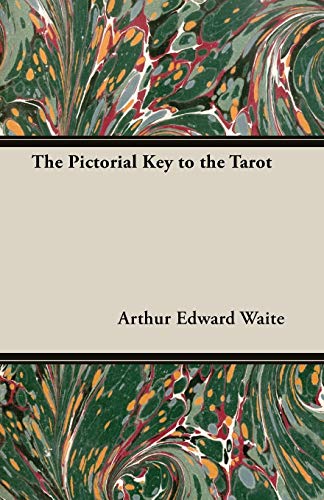 The Pictorial Key to the Tarot

Synopsis: This early work by Arthur Edward Waite was originally published in 1911 and we are now republishing it with a brand new introductory biography. 'The Pictorial Key to the Tarot' is one of Waite's writings on the methods of correct tarot reading. Arthur Edward Waite was born on the 2nd of October, 1857 in America. After the death of his father, Waite and his mother returned to her native England, where he was raised in North London, attending St. Charles' College from the age of thirteen. Waite left school to become a clerk, but also wrote verse in his spare time. The death of his sister, Frederika Waite, in 1874 soon attracted him into psychical research. Waite became a prolific author with many of his works being well received in academic circles. He wrote occult texts on subjects including divination, esotericism, Rosicrucianism, Freemasonry and ceremonial magic, Kabbalism, and alchemy.

About the Author: Arthur Edward Waite (October 2, 1857 - May 19, 1942) was a scholarly mystic who wrote extensively on occult and esoteric matters, and was the co-creator of the Rider-Waite Tarot deck. As his biographer, R.A. Gilbert described him, "Waite's name has survived because he was the first to attempt a systematic study of the history of western occultism - viewed as a spiritual tradition rather than as aspects of proto-science or as the pathology of religion."

1. The Pictorial Key to the Tarot (Paperback or Softback)

2. The Pictorial Key to the Tarot

Book Description France Press, 2013. Condition: Good. A+ Customer service! Satisfaction Guaranteed! Book is in Used-Good condition. Pages and cover are clean and intact. Used items may not include supplementary materials such as CDs or access codes. May show signs of minor shelf wear and contain limited notes and highlighting. Seller Inventory # 1473300037-2-4