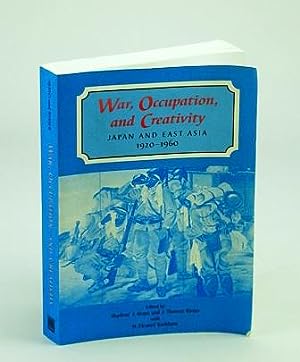 0824824334 405 pages. Footnotes. Index. Illustrated in black and white. "The first interdisciplinary attempt to address the social, political, and spiritual significance of the modern arts both in Japan and its empire between 1920 and 1960. These forty years, punctuated by war, occupation, and reconstruction, were turbulent and brutal, but also important and even productive for the arts." - from back cover. Moderate wear. Minimal light pencil markings to contents. A sound working copy. Bookseller Inventory # 541H1306

This collection of essays, based on international collaboration by scholars in Japan, South Korea, Taiwan, and the United States, is a systematic, interdisciplinary attempt to address the social, political, and spiritual significance of the modern arts both in Japan and its empire between 1920 and 1960. These 40 years, punctuated by war, occupation, and reconstruction, were turbulent and brutal, but also important and even productive for the arts. The volume takes a trans-war (rather than an inter-war) approach, beginning with the cultural politics of painting, poetry, and fiction in Japanese-occupied Korea and Taiwan following World War I. The narrative continues with the impact of Japan's war in China and the Pacific War on major Japanese novelists, playwrights, painters, and filmmakers, before moving on to the final stage, Japan's defeat and initial recovery. During the Allied Occupation of Japan and in its aftermath, Japanese artists both confronted and dismissed the question of war responsibility by preserving, reviving, or reinventing the political cartoon, Kabuki drama, literature of the body, and the aesthetics of decadence.