Home Paul Halter The Night Of The Wolf 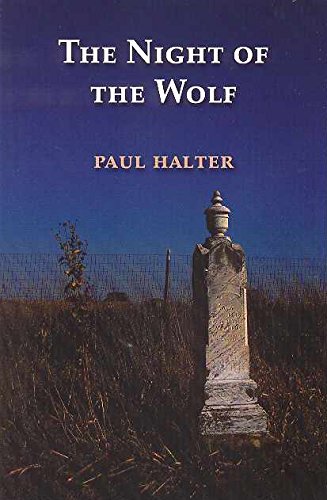 The Night Of The Wolf

About the Author: Paul Halter was born in Hagenau, Alsace, in 1956. He pursued technical studies in his youth before joining the French Marines in the hope of seeing the world. Disappointed with the lack of travel, he left the military and, for a while, sold life insurance while augmenting his income playing the guitar in the local dance orchestra. Upon discovering the writings of John Dickson Carr, he gave up the guitar for the pen. He has since written over 30 novels, almost all “locked room,” including La Quatrieme Porte (The Fourth Door,) which won the Prix du Roman Policier in 1987, and Le Brouillard Rouge (The Crimson Fog,) which won the coveted French Prix du Roman d’Aventures in 1988, the prestigious Japanese Hunkaku Mystery Award in 2005, and was named as one of the Publisher’s Weekly Top Mysteries of 2013. The Fourth Door and The Crimson Fog are both available in English, as are The Lord of Misrule, The Seven Wonders of Crime, The Demon of Dartmoor, The Seventh Hypothesis and The Tiger’s Head. M. Halter is a frequent contributor to Ellery Queen Mystery Magazine: The Call of the Lorelei, The Tunnel of Death, The Night of the Wolf, The Robber’s Grave, Nausicaa’s Ball, The Gong of Doom, The Man With the Face of Clay and Jacob’s Ladder and more to come. In 2006 his collection of short stories ‘The Night of the Wolf’ appeared in English, to critical acclaim. It was republished in 2013 For more information and articles about Paul Halter, please go to: http://lockedroominternational.com/

1. The Night Of The Wolf

2. The Night Of The Wolf

Book Description Wildside Press, 2006. Condition: Good. A+ Customer service! Satisfaction Guaranteed! Book is in Used-Good condition. Pages and cover are clean and intact. Used items may not include supplementary materials such as CDs or access codes. May show signs of minor shelf wear and contain limited notes and highlighting. Seller Inventory # 0809562596-2-4

3. The Night Of The Wolf

4. The Night Of The Wolf