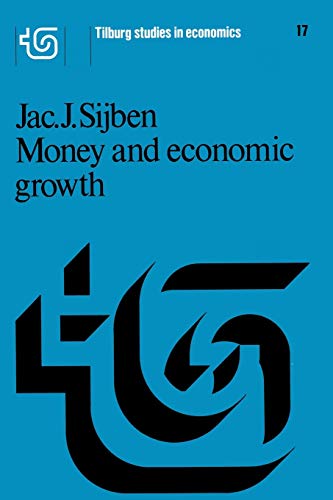 Synopsis: In monetary theory the paramount problem posed by many eco­ nomists was always whether monetary variables had a certain influence on the real variables in the economy, so that money would not be neutral but influence the economic process. In this way the outcome would differ from that of a barter economy. The outcome of this development was that money could no longer be regarded as an accommodating item like in many out-dated text-books but as an autonomous factor, the influence of which is explicitly ana­ lyzed. When, after the Second World War, the 'real' side of eco­ nomics developed into growth economics, it was quite natural that efforts were made to integrate both lines of thought so that the effect of the rate of increase of money on the rate of growth of real national income could be studied. Dr. Sijben gives the full and thorough story of these efforts in a way that enables economists to compare the different approaches more easily than was possible up to now. More specifically the various models are made comparable by the use of the same sym­ bols for the same variables allover the book. After the introductory chapter Tobin's outside-money model in a neo-classical framework is discussed. What is income in this respect? Tobin argues that real disposable income is real net national income plus the real value of the increase in monetary balances.