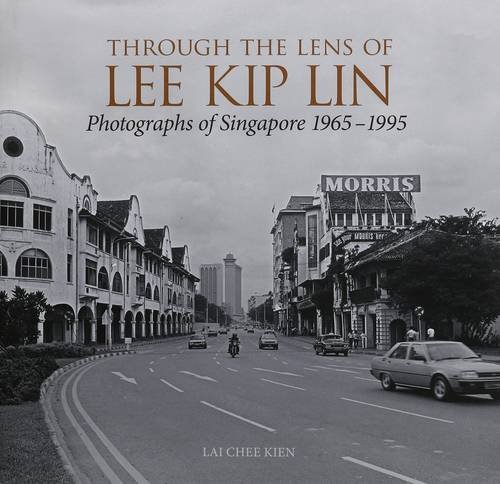 Through the Lens of Lee Kip Lin: Photographs of Singapore 1965-1995

Synopsis: In 2009, the family of the late Lee Kip Lin donated to the National Library Board, Singapore over 14,500 slides and negatives of modern Singapore that he had taken, among other items of historical merit such as maps, rare photographs and prints, and books. Over three decades from 1965 to 1995, Lee captured the many landscapes and buildings that would eventually disappear from the island and its shores. Close to 500 photographs have been reproduced in this book to showcase the exuberance and eloquence of the different built forms - in an era when time and space in Singapore was more accommodating.

About the Author: Lee Kip Lin (1925-2011) was a well-known architectural historian, educator and professional architect. After graduating from University College of London's Bartlett School of Architecture in 1955, Lee returned to Singapore to practise, and subsequently began teaching architecture at the Singapore Polytechnic from 1961, and later at the University of Singapore from 1969. In the 1970's, he was a member of the Preservation of Monuments Board and advocated many efforts to conserve buildings and historic districts in Singapore. From 1982 onwards, he researched and published several books on architectural and urban heritage, among them the seminal work The Singapore House: 1819-1942 (1988). Lai Chee Kien is an architectural and urban historian, as well as a registered architect in Singapore. He researches mainly on the histories of art, architecture, settlements, urbanism and landscapes in Southeast Asia. He graduated from the National University of Singapore with an M. Arch. by research in 1996, and a PhD in History of Architecture & Urban Design from the University of California, Berkely in 2005. His publications include A Brief History of Malayan Art (1999), Building Merdeka: Independence Architecture in Kuala Lmpur, 1957-1966 (2007) and Cords to Histories (2013). He collaborated with Koh Hong Teng for the graphic novel Last Train from Tanjong Pagar (2014), which introduces readers to the railway histories of Singapore and Malaysia.

Book Description Paperback. Condition: Very Good. The book has been read, but is in excellent condition. Pages are intact and not marred by notes or highlighting. The spine remains undamaged. Seller Inventory # GOR009915319

Book Description Didier Millet,Csi, 2015. Condition: Good. A+ Customer service! Satisfaction Guaranteed! Book is in Used-Good condition. Pages and cover are clean and intact. Used items may not include supplementary materials such as CDs or access codes. May show signs of minor shelf wear and contain limited notes and highlighting. Seller Inventory # 9814610089-2-4